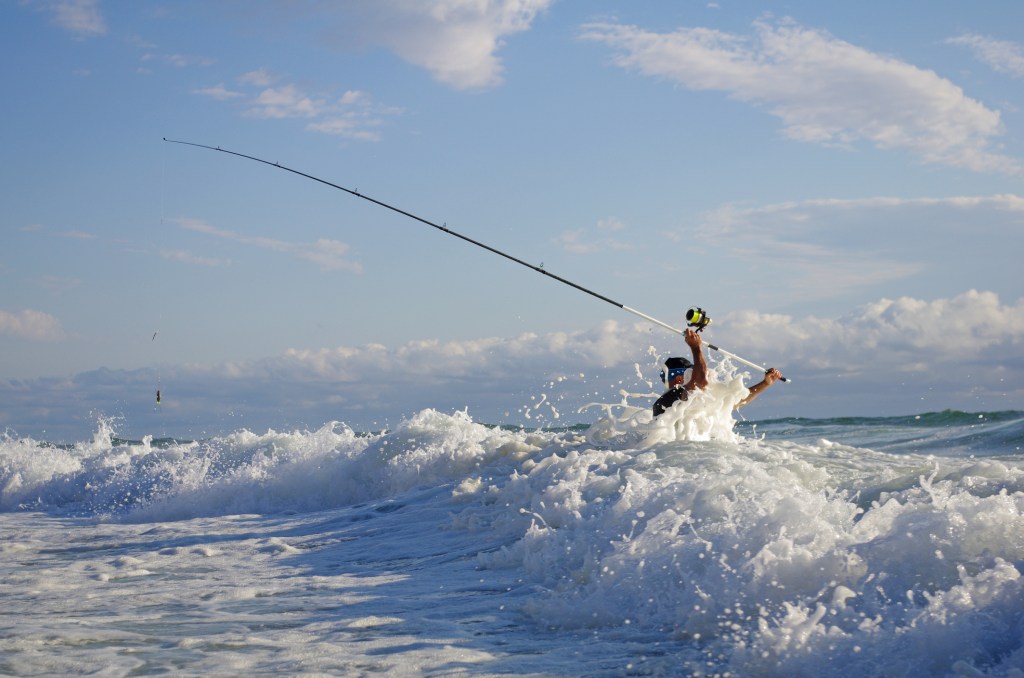 Anglers in Pensacola Beach, Florida reeled in a Great White Shark while fishing from the beach, and footage of the once-in-a-lifetime catch was shared to YouTube over the weekend.

Fishing for sharks from the beach is one of the early childhood experiences that got me hooked on fishing for life. When I was a kid, we used to post up at Point of Rocks on Siesta Key around sunset and would start chumming the water and sending out baits. Sometimes it would be 20 minutes until we got a shark on the line and sometimes it would take a few hours but with enough chum in the water, it was almost certain we were going to hook a shark.

The rules on shark fishing from the beach have changed around here and I haven’t done it for decades but the technology has also progressed beach fishing for sharks into the future because you can use drones to fly baits out into truly deep water. And when you’re fishing somewhere like Pensacola Beach, Florida where the water gets deep in a hurry it means you can really target some MASSIVE sharks versus the black tips, lemons, bull sharks, and others we have around here.

The angler from Idaho linked up with Big John Shark Fishing Adventures for this catch. There’s some explicit language in the video. But you can hear the captain suggesting they’ve hooked a Tiger Shark or a Mako Shark before they get it close enough to realize they’ve caught a Great White Shark:

It took the angler about 40 minutes to reel in the Great White estimated at around 1,000 pounds and 12-feet in length. The shark was released, of course, and now the angler will return to Idaho with a fishing story nobody would’ve ever believed if there wasn’t video footage. The fishing captain spoke with a local news outlet about this amazing catch:

“This one was so rare and so unexpected… As far as I know, a group in Navarre caught one three years ago, so it’s uncommon,” McLean said. “I never thought in my lifetime I would catch a Great White… It’s really humbling, to say the least.”

The shark was released back into Gulf waters, and the group from Idaho will return home with one heck of a fish tale. “They told me, ‘Honestly if you hadn’t been as excited as you were, we would have thought this was a normal thing.’” (via BRProud.com)

That guy who caught the Great White Shark could literally move to Pensacola Beach, Florida and go shark fishing on that same beach every night for the rest of his life and he might never land another Great White Shark. This is such a rare catch. I’m sure there have been instances of Great Whites being caught from the beach in Florida before but I’m having trouble remembering any of them off the top of my head.

I fully expect business to be BOOMING for Big John Shark Fishing Adventures. You can hit that link for his Facebook page if you’re in that part of the country and interested in booking one of these unique beach fishing experiences for massive sharks.

Here’s a preview of some other shark species you can catch in the area:

It’s all catch and release, of course! (I think)