Why Do We Pull A Groundhog Out To Predict The Weather? There’s Actually A Pretty Good Explanation 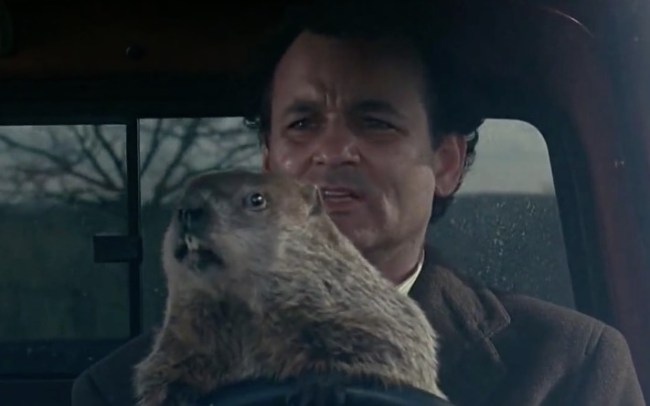 Groundhog Day is just two days away. On February 2nd, Punxsutawney Phil will be pulled out of his burrow in front of thousands of adoring fans and he’ll be asked to predict whether or not we’re in for six more weeks of Winter.

If you’ve ever wondered why we pull a groundhog out of the ground to predict Winter weather patterns then you’re not alone. It’s a pretty f’n weird tradition, but it’s also one that has both historical and scientific roots. Business Insider put together this video which explains the Pennsylvania Dutch roots of Groundhog Day and why we use a groundhog instead of the traditional badger. There’s also a transcript of the text in the video below if you’d prefer to read instad of watch:

Here’s a transcript of that text if you’re a reader and not a watcher:

The tradition comes from Germany. On an old religious holiday called “Candlemas Day,” the Germans paid attention to the badger. Candlemas Day was the midpoint between the winter solstice and the spring equinox. If the badger saw its shadow, it meant a “second winter” was coming.
When the practice came to the US in 1887, the groundhog was chosen, because badgers aren’t native to eastern North America. While it may seem random, there is some logic to turning to the groundhog for weather predictions.
Like badgers, groundhogs, also known as woodchucks or whistlepigs, are considered “true hibernators.” When they emerge from hibernation, it means winter is almost over. In winter months, their body temperature drops 62 degrees. Comparatively, if a human body temperature drops just four degrees, it goes into hypothermia.
A groundhog’s hibernating heartbeat is only five beats per minute. In warmer months, its heart beats 80 times per minute. Their breathing slows down in winter too. It can go from 16 breaths per minute to about two during hibernation.
However, the idea that groundhogs are predicting the weather when they come out of hibernation may be a bit of a stretch.
Groundhog Day Announcer: It’s six more weeks of winter, it must be!
The real reason groundhogs come out of their holes in early February is to look for mates. Mating season is in March, so they wake up a little early to scope out potential partners and then return to their burrow to wait out the winter. Whether the groundhog sees its shadow on February 2 has more to do with the weather that day, than the groundhog itself.
After all, Punxsutawney Phil has only been right about 30% of the time. (via)

It’s pretty comical that we have this Groundhog Day holiday where a bunch of Mid-Westerners gets together to freeze their asses off and watch an animal shit his pants in front of thousands and this animal only guesses correctly 30% of the time. Can’t we find an animal that at least guesses correctly 50% of the time? We’ve got an entire planet of species to choose from, why are we going with the rodent that can’t even guess correctly half the time? This seems like a shitty deal that we’ve laid out for ourselves. Sure, this whistlepig has a heart that’s supposed to adjust to the weather but they still seem pretty shitty at predicting the weather.