‘GTA 6’ On The Way? Rockstar Job Ads Are Hiring For ‘Nex-Gen’ Game On PS5 And Next Xbox 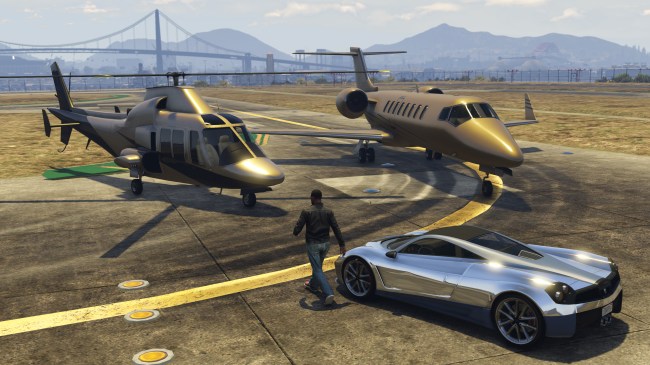 We might finally get GTA 6! Previously, we outlined why you won’t get a new Rockstar franchise game like Grand Theft Auto 6 until at least 2020, which has snuck up and is only a year away. Now it appears that Rockstar has an idea or direction of their next epic video game so it is available for the next generation of gaming consoles.

After the insane success of Red Dead Redemption 2, which has surpassed 20 million units sold since October 26, Rockstar Games is apparently developing their next cash cow. According to new job listings, Rockstar Games is hiring employees for an “exciting” new project.

Rockstar studios is recruiting a number of professionals for a “next-gen” project. Rockstar New York is looking for a Technical Face Developer and MoCap Tools developer for “future titles.” “You will be working with a talented core team of passionate and committed individuals to work on some of the largest scale projects to be found in any entertainment medium,” the job listing reads. “You will have the opportunity to build and develop new tools and pipelines used across all our studios in a friendly and inclusive environment where you can collaborate with some of the most accomplished and driven people in the industry.” Rockstar Toronto features a job listing for a Senior Technical Artist to “improve facial animation tracking.”

Rockstar India is in search of a Senior Environment Artist, Lead Programmer, and Real-Time VFX Artist. One of the job listing states: “Join our team to create next-generation worlds for some exciting upcoming projects! Strong modeling and texturing skills are not enough. Candidates must be able to create immersive, living, and fully-realized environments. As a Senior Environment Artist working at Rockstar India, you will be responsible for creating exciting and believable artwork, creating and texturing environment assets for the biggest and best open world environments in the industry.”

It doesn’t sound like Rockstar is making Red Dead Redemption 3 just yet, but it does sound like these jobs could be for Grand Theft Auto 6. Rockstar is looking for developers who have experience working with all modes of transportation “including but not limited to cars, trucks & vans, motorbikes, helicopters, planes, military, and boats.”

The nex-gen consoles such as the PS5 and next Xbox, which is codenamed the Xbox Scarlett, are expected to be announced in late 2019 with the release coming in 2020. It only makes sense and cents that Rockstar release GTA VI since as of November, Rockstar had sold more than 100 million copies of GTA V and it is the most-profitable entertainment product of all-time after making $6 billion in revenue.

It was only three months ago that Rockstar’s co-founder said he doesn’t want to make GTA 6 in today’s political climate. Dan Houser said that “both intense liberal progression and intense conservatism are both very militant, and very angry.” Could that mean that a new Rockstar franchise is coming? Something safer or maybe something set in a different time period, but still modern with cars and planes? We will have to wait and see.