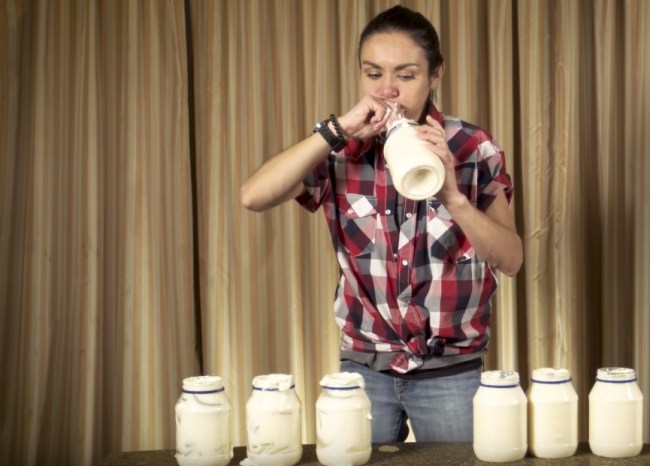 There are plenty of competitive eating records that any normal human would covet — such as the most pizza, cheeseburgers, tacos, or ice cream. But Michelle Lesco is not as wise as other competitive eaters and decided she would make her fame by eating the most… mayonnaise. She done messed up.

Michelle ‘Cardboard Shell’ Lesco is the Guinness World Record holder for eating the most mayo, which we must assume is a pretty big deal in Witchita, Kansas. Congrats?

Lesco, who is a math teacher, provides a valuable lesson on how much fat the human body can consume without dying. This week, the woman from Arizona broke the record for mayonnaise-consumption by devouring three and a half jars of mao in three minutes. Congrats? The best part is the world-famous competitive eater lived to tell about her incredibly fatty accomplishment.

Lesco is ranked #9 by the International Federation of Competitive Eaters (IFOCE) and Major League Eating (MLE), so she is a BIG deal. Lesco owns three Guinness World Records for her amazing food consumption.

I love mayonnaise, but this video made me gag a little! She’s attempting to break the record for eating the most mayo in 3 minutes 🤢 She ate 3 1/2 jars, which is a new record! pic.twitter.com/i44fA93teJ

“The biggest misconception about competitive eating is that all of us are like 500 pounds and 10 feet tall,” she said this week.

“Back in the day when they first started these contests, they would pull people from the audience, and they picked people that they thought could eat the most – so I think that’s where it came from.”

But still, should you really eat three jars of mayonnaise in three minutes? That seems dangerous to your health.