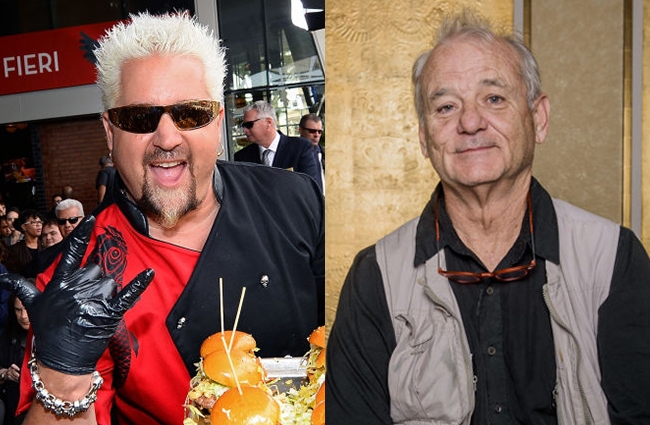 There’s nothing the internet loves more than making up an excuse to take a dump on people who don’t really deserve the diarrhea hurricane they’re forced to weather for incredibly innocuous reasons and there aren’t many public figures who’ve been at the receiving end of more irrational hate over the years than Guy Fieri.

Sure, he may be an easy target because he comes off like a person who is still stuck in 1998 but there’s a sizeable number of people out there who seem to take pleasure in mocking him because he’s spent more than a decade living his best life after fulfilling the prophecy that was made when he won the second season of The Next Food Network Star.

I can only assume Fieri’s haters are simply jealous that he’s been able to make a successful career out of cruising around the country in a red convertible while sampling the best eggless cuisine America’s diners, drive-ins, and dives have to offer while repeatedly proving he’s a genuinely good dude in the process.

Fieri has routinely come to the aid of people impacted by the number of wildfires that have consumed various parts of California in recent years, and when a new crisis unfolded a couple of months ago that crippled a restaurant industry that collectively laid off an estimated eight million workers, he once again decided to swoop in to help by launching the Restaurant Employee Relief Fund.

Fieri reached out to a number of major companies for donations in addition to encouraging members of the general public to contribute to the incredibly admirable cause of handing out $500 grants to as many unemployed hospitality workers as possible, and last week, he announced the RERF has raised over $21 million and sent out checks to over 40,000 people in the process.

Now, he’s taking things to the next level with the help of a man who (unlike himself) can do no wrong in the eyes of people online, as Food Network recently revealed he’ll be facing off against Bill Murray this Friday in a nacho-making throwdown that may manage to break the internet harder than Kim Kardashian’s butt did.

The two men will largely be playing the role of advisor in what has been dubbed the “Nacho Average Showdown,” as Fieri’s son Hunter and Murray’s son Homer—who operates a restaurant in Brooklyn—will be handling the majority of cooking during the competition, which will be streamed on the network’s Facebook page at 5 P.M. on May 15, where viewers will be encouraged to give what they can to the RERF.

The two men gave us a preview of what’s in store when they dropped some nacho knowledge on Jimmy Fallon last week, and if this dream team somehow doesn’t provide all the incentive you need to tune in, maybe the added bonus of a two-person panel comprised of Shaquille O’Neal and Terry Crews judging the final dishes will.

We are truly not worthy.