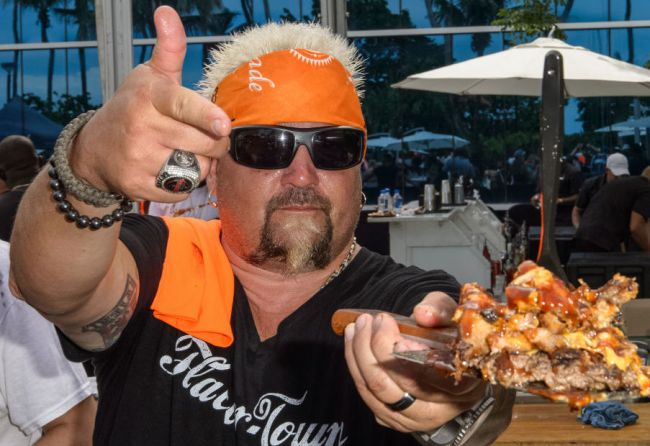 It took longer than it probably should’ve for the general public to change its tune when it came to how the majority of people seem to view Guy Fieri, who has repeatedly proven he’s one of the best dudes on the planet by routinely cooking meals for firefighters battling blazes in California, raising over $20 million to help restaurant workers impacted by the pandemic, and the other incredibly redeeming qualities Shane Torres pointed out when he defended the chef’s honor on Conan a few years back.

It’s safe to say this wasn’t the case after Fieri burst onto the scene in 2006 when he won the second season of The Next Food Network Star, as he spent around a decade serving as the culinary world’s favorite punching bag. It’s easy to understand why people were so quick to judge a man who looks like the human embodiment of an Ed Hardy factory store with a penchant for dreaming up dishes that are the antithesis of haute cuisine, but with that said, people seemed to take joy in tearing him down—including New York Times critic Pete Wells, who penned the now-infamous one-star review of his Times Square restaurant back in 2012.

As the owner of multiple cookbooks written by Fieri over the years, I was actually surprised by how tasty some of his recipes are. Sure, the one meal I was lucky enough to have at Guy’s American Kitchen & Bar prior to its tragic closing certainly didn’t make it a contender for a Michelin star, but at the same time, if you go to a Fieri-owned joint located in fucking Times Square expecting boundary-pushing fare, you have no one to blame but yourself when it doesn’t live up to your irrational expectations.

I’m proud to admit that’s not the only Fieri-operated establishment I’ve visited, as I also found myself stumbling into his restaurant at Foxwoods a few years ago before discovering what true innovation looks like after being introduced to his hallowed “Trash Can Nachos.” 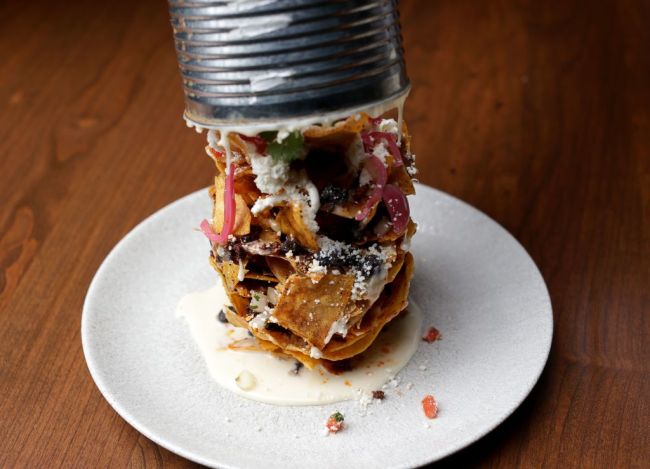 The dish in question features chips, briskets, and a wide variety of fixings crammed into a miniature garbage pail before being dumped out on the plate to transform it from a simple dish into a Dining Experience. Again, it’s not the most glamorous thing in the world, but if you’re coming off your third Tattooed Mojito, it’s everything you could possibly want.

While you previously had to make the pilgrimage to one of his spots to get your hands on the dish, the chef recently revealed he’s teamed up with Goldbelly to make it easier to scratch that particular itch, as you can now order a meal kit—complete with the eponymous trash can—and have the nachos delivered straight to your door.

Citizens of @flavortown, today is the day you’ve been waitin’ for!

Startin’ today, @goldbelly I are gonna be bringin’ my signature, real deal Trash Can Nachos nationwide…the complete kit, right to your doorstep.

Now, if you’ll excuse me, I have to go figure out how I’m going to tell my wife I not only bought these but paid for expedited shipping to make sure they arrive in time for Christmas dinner. Wish me luck.