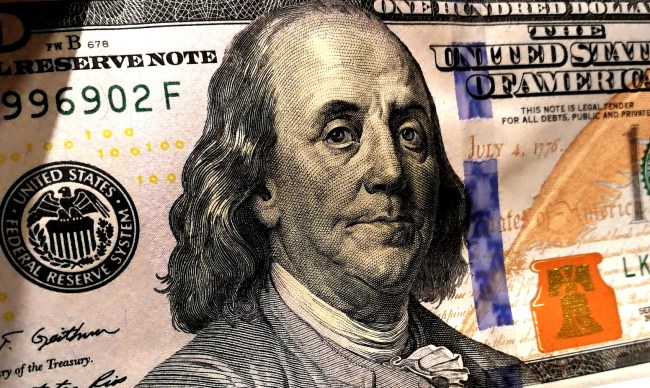 Fundrasing company GoFundMe’s “About” page on their website begins, “There’s a part of every one of us that dreams of a better world.” So wouldn’t a $750,000 high school reunion, paid for by others, make the world a little bit better place?

That was the thinking of at least one person who, without being asked to do so, started GoFundMe account to crowdfund $750,000 for his high school reunion. As one does.

We know this because one of this person’s high school classmates, who goes by MoarPewPewPlz on Reddit, posted a screenshot of this person’s complaints about being criticized for his brilliant idea, writing, “Some guy tried to take control of our high school reunion and started a gofundme without any of our input on the event location or price. Immediately criticized for it and is now PMing people to apologize to him.”

“I’m currently receiving criticism for creating a $750,000 GoFundMe to make a high school reunion essentially free for our class [redacted]. A room at [redacted] Resort Hotel [redacted] is about $220 per night, the buffet is about $80 per person, a bottle of wine can be well over $100, a pair of good hiking boots can be well over $100. If you happened to move out of state or to a different country after we graduated, this GoFundMe can also pay for your roundtrip flight and rental car.

“Tell me what’s wrong with this. Is it because I’m allocating a 20% cut for myself? I’m sure professional event coordinators have a similar method of being compensated for their time and effort for putting a huge event together.

“And you guys have no idea if I planned to donate a substantial part of that cut to a charity and completely improve the lives of others. Also, who says that there can only be one reunion? Perhaps there are other reunions taking place over this summer that aren’t publicly known to the entire class [redacted]. Are you guys going to hunt them down and tell them there can only be one reunion? Please take all of this into consideration.”

Just 20 percent for himself? Seems reasonable. And hey guys, he might even donate “a substantial part of that cut to a charity” so what’s the problem?

Reactions to this dude trying to raise $750K for a high school reunion were fantastic.

“Ahh yes a pair of ‘hiking boots’ is always essential to a class reunion,” wrote hibbjibbity. “Also who in there right mind would volunteer to buying footwear for a large group of people such as your high school class. Imagine having to gather hundreds of people’s shoe sizes and then buy hundreds of pairs of hiking boots lmao.”

MoarPewPewPlz later came back with an update and wrote, “I was confused about the “free” part, but he explained his grand idea was ‘someone like Mr. Beast‘ would pay for it.”

“Wait so his plan was just to fleece some steamer he probably doesn’t know out of a million dollars?” asked GrinningPariah.

“I wouldn’t be surprised if he sent Mr. Beast a DM too, without realizing he probably gets hundreds a day, automatically sent to his spam,” added MoarPewPewPlz.

I don’t know what the problem is here. This guy sounds like a real go-getter.