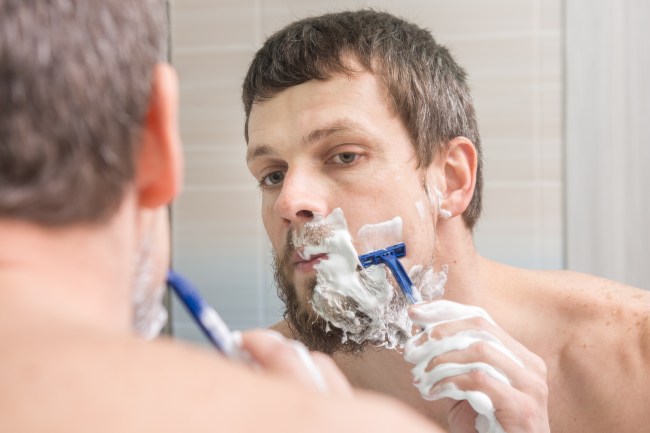 Hey guys with beards, why you growing all those face pubes, compensating for something? Like pea balls? Ya pea-balled fucks.

In a study published this month in the journal Proceedings of the Royal Society B: Biological Sciences titled “Sexual ornaments but not weapons trade off against testes size in primates,” teams from the University of Western Australia studied 100 primate species (including humans) and found that poorly endowed males invested more energy into obtaining mates by growing beards and manes, rather than allotting it towards their genitals.

This is exactly why I’ve never grown facial hair, because I never want to be confused with someone whose balls are the size of Skittles, and it’s totally not because when I try to grow facial hair it looks like a psychological inkblot test and I’ve been insecure about it for 10 years.

One of the reasons researchers believe this to be true is that the body requires too much energy to grow a beard or man bun and simultaneously growing the size of its gonads.

‘Some [primate] species sport flamboyant accoutrements such as beards, manes, capes and cheek flanges, and various shades of colour in their faces and fur,’ he said.

‘Others are pretty drab and look more like your Mr Average.’

‘This finding clearly shows that you can be well-adorned or well-endowed, but it’s hard to be both.’

For the remainder of the world’s primates, the trade-off comes in the form of either the bright butt of a baboon or the plainer features accompanied with bigger balls.

By using the transitive property, we can also conclude that guys with loud car engines have smaller penises. It’s science, I don’t make the rules.