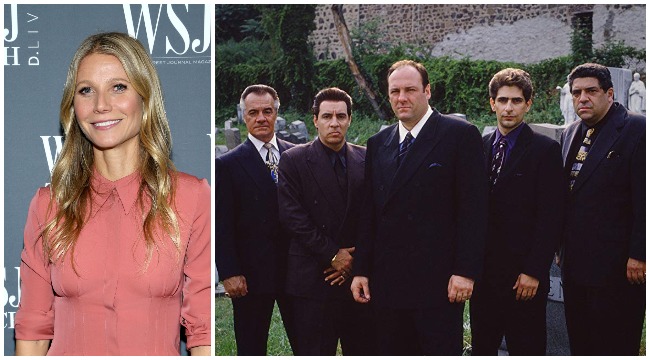 Do you think Sopranos is one of the greatest shows ever created? Do you think Gwyneth Paltrow is the human equivalent of that sound Lloyd Christmas made when he and his pal Harry Dunn were trekking to Aspen in the shaggin’ wagon? If you answered yes to those two questions, you are in the right place. Or the wrong one. I’ll let you decide.

You may remember a month back we posted the news of Gwyneth Paltrow’s nauseatingly smug profile in The Wall Street Journal Magazine. Her self-congratulating tone shouldn’t be a surprise considering she’s said shit like this in the past:

“Sometimes Harvey Weinstein will let me use the Miramax jet if I’m opening a supermarket for him.”

Oh and in her reasoning as to why she doesn’t have drunk friends, she said this garbage: “it’s incredibly embarrassing when people are drunk.”

The 46-year-old actress had so many head-shaking quotes in the WSJ Magazine profile, an internet visionary named Nick Usen paired her quotes with snapshots from the Sopranos. The result is viral gold, amassing over 16,000 likes and almost 5,000 retweets.

A reminder: Paltrow actually said all this shit. Not ironically. Like totally serious.

people yelling at each other on the sopranos except it’s gwyneth paltrow quotes from the goop profile a few weeks ago pic.twitter.com/pYmQPHqxWn 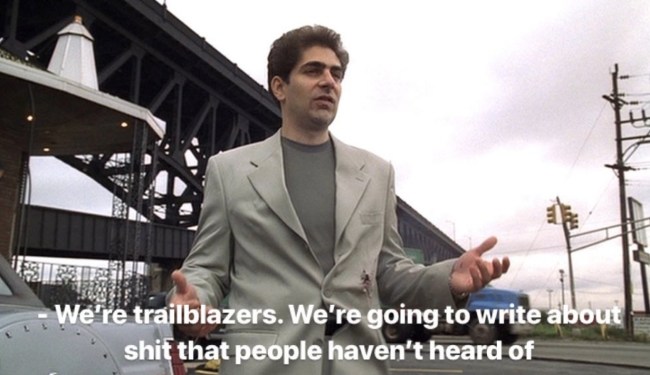 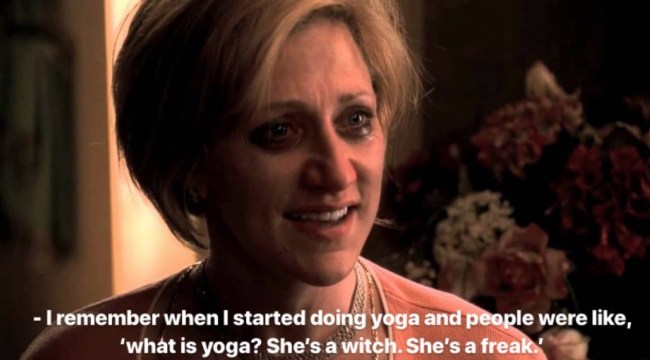 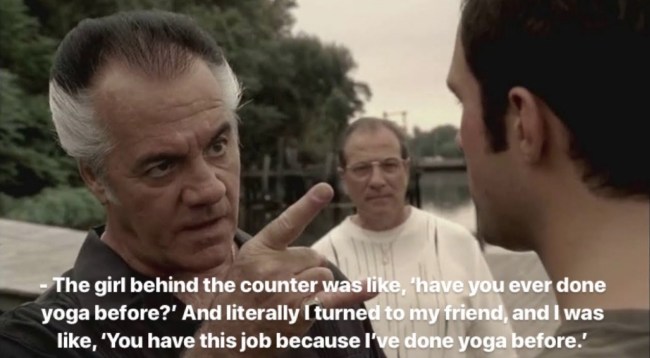 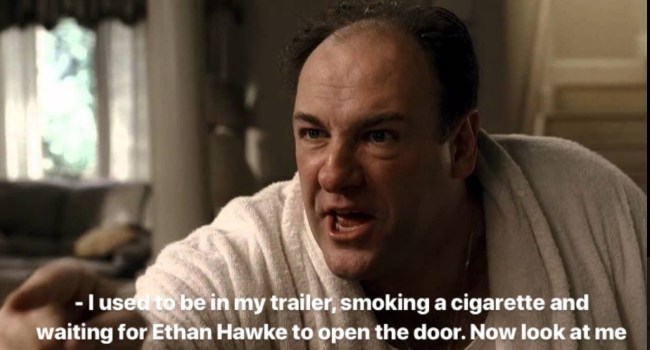 The concept inspired other Twitter users to join in on the fun. 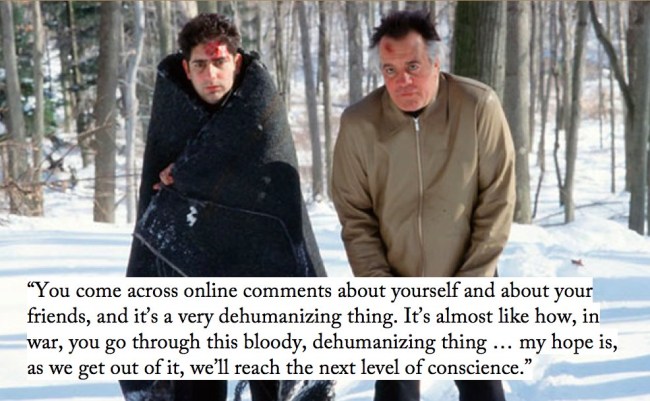 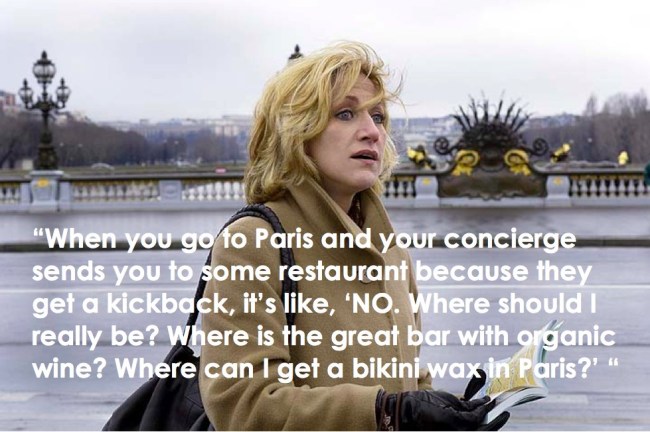 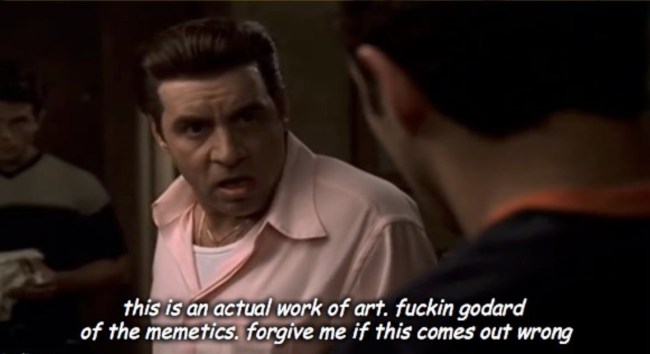 Just good internet, through and through. Bravo.