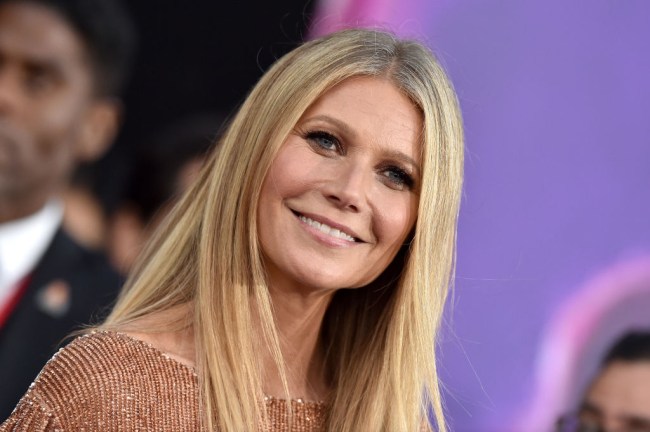 Stop me if you’ve heard this before, but Gwyneth Paltrow has said something outlandishly pretentious and out-of-touch.

Why haven’t you stopped me? We’re talking about the same woman who called her breakup with Coldplay’s Chris Martin “Conscious Uncoupling.” And who said she doesn’t have friends who get hammered because “it’s incredibly embarrassing when people are drunk.” Oh and this quote aged well:

“Sometimes Harvey Weinstein will let me use the Miramax jet if I’m opening a supermarket for him.”

Welp, Ms. Paltrow has really outdone herself this time. In an interview with The Wall Street Journal Magazine, the 46-year-old actress essentially took credit for popularizing yoga, a practice that’s been around since the sixth and fifth centuries BCE.

“I remember when I started doing yoga and people were like, ‘What is yoga? She’s a witch. She’s a freak.’”

“Forgive me if this comes out wrong, but I went to do a yoga class in L.A. recently and the 22-year-old girl behind the counter was like, ‘Have you ever done yoga before?’ And literally I turned to my friend, and I was like, ‘You have this job because I’ve done yoga before.’ ”

Paltrow’s comments sparked some measured reactions on the interwebs.

This is Quincy Jones doing yoga in Los Angeles in the late 70’s early 80’s Gwyneth Paltrow was the instructor…she was about five years old. pic.twitter.com/3xswKM3ugF

Gwyneth Paltrow: I made yoga popular!

“I’ve been doing yoga since before the Sutras of Patanjali were written but I bet you only heard of it when the Hatha yoga texts emerged around the 11th century” pic.twitter.com/p7xPNesBnx

Gwyneth Paltrow: "I discovered yoga. I did yoga before it was cool. You guys wouldn't have yoga if it weren't for me."

Me: "I sure love breathing air!"

Gwyneth Paltrow: "I am the alpha and the omega."

I invented samurai swords. Not to brag.