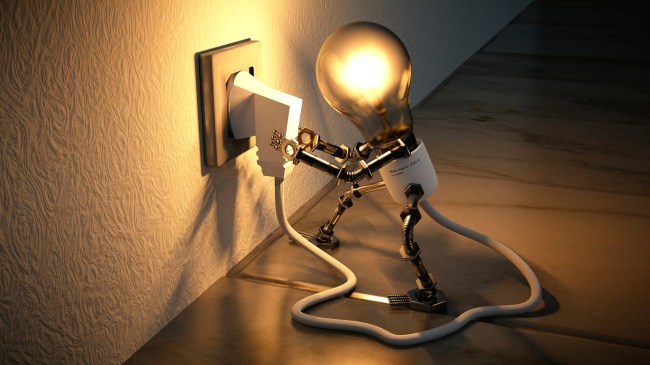 If you have ever been concerned about just how much of your everyday life is being tracked and captured by all of the smart devices and apps you use on things like your phone, computer, etc. then this news that hackers can listen to your conversations by utilizing nothing more than your average light bulb is probably not going to sit very well with you.

According to a new study conducted by cybersecurity researchers, a conversation can be eavesdropped on from about 82 feet (25 meters) away if there is a light bulb hanging in the vicinity of a conversation, reports Vice.

It works by detecting vibrations produced from bulbs due to the fluctuation of air pressure caused by the sound waves. When the sound waves hit the surface of the room, it triggers small vibrations that can be picked up through an electro-optical sensor focused at the bulb, say the scientists. This can then be used to pick up a conversation.

To achieve this, the setup consists of a telescope to provide a close-up view of the room containing the bulb. The electro-optical sensor is mounted on the telescope to convert light into an electrical current. An analog-to-digital converter transforms the sensor output to a digital signal, and then, a laptop processes incoming optical signals and outputs the recovered sound data.

“Any sound in the room can be recovered from the room with no requirement to hack anything and no device in the room,” researchers discovered. “You just need line of sight to a hanging bulb.”

This particular mode of eavesdropping was so accurate that it could even identify songs being played in the room using Shazam and SoundHound.

There are ways to counter this happening to you, of course.

The only way this works is if the light bulb is hanging and clearly visible. Putting a lampshade on the bulb or blocking it from view with a curtain kills any chance of someone using it to spy on your conversations.

However, as Vice points out, this isn’t the first time a light bulb has given away people’s privacy. Back in 2019, Motherboard reported on a smart light bulb discovered by hackers that would leak its owner’s WiFi login and password.

Technology sure is great, isn’t it?