Ex-Google, Facebook Employees Have Allied To Stop Technology From ‘Hijacking Our Minds And Society’ 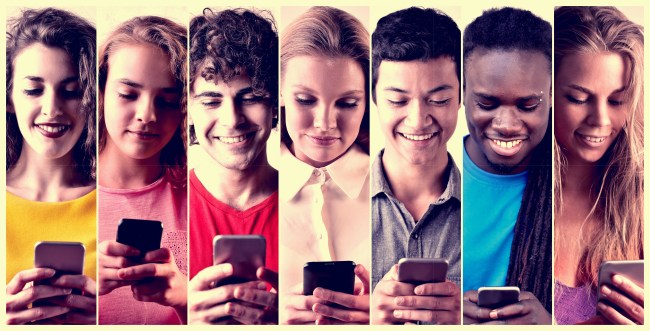 The Center for Humane Technology, a group of ex-Google and Facebook employees, are launching an anti-tech campaign called “Truth About Tech” to address some of the issues that have come to the fore regarding social media and technology.

Earlier this month, a report came out claiming Instagram uses shady tactics to entice people to use their app more often.

About a week before that we reported on a study that found addiction to Facebook creates similar feelings to having sex or doing cocaine.

In November, a report came out that revealed the staggering average number of texts a kid has sent by the time he is just 14-years-old.

Stories and reports like these are becoming more and more common as we go deeper as a society into this new technology and social media wormhole that was created in the past few decades.

The Center for Humane Technology states on their website, “Our society is being hijacked by technology. What began as a race to monetize our attention is now eroding the pillars of our society: mental health, democracy, social relationships, and our children.”

Facebook, Twitter, Instagram, and Google have produced amazing products that have benefited the world enormously. But these companies are also caught in a zero-sum race for our finite attention, which they need to make money. Constantly forced to outperform their competitors, they must use increasingly persuasive techniques to keep us glued. They point AI-driven news feeds, content, and notifications at our minds, continually learning how to hook us more deeply—from our own behavior.

Unfortunately, what’s best for capturing our attention isn’t best for our well-being:

— Snapchat turns conversations into streaks, redefining how our children measure friendship.
— Instagram glorifies the picture-perfect life, eroding our self worth.
— Facebook segregates us into echo chambers, fragmenting our communities.
— YouTube autoplays the next video within seconds, even if it eats into our sleep.

These are not neutral products.
They are part of a system designed to addict us.

“Tech companies are conducting a massive, real-time experiment on our kids, and, at present, no one is really holding them accountable,” said James P. Steyer, CEO and founder of Common Sense. “Their business models often encourage them to do whatever they can to grab attention and data and then to worry about the consequences later, even though those very same consequences may at times hurt the social, emotional, and cognitive development of kids. It’s time to hold tech companies accountable for their efforts designed to target and manipulate young people.”

Tristan Harris, a former Google Design Ethicist and Center for Humane Technology’s Co-Founder & Executive Director, told the New York Times, “The largest supercomputers in the world are inside of two companies—Google and Facebook—and where are we pointing them? We’re pointing them at people’s brains, at children.”

If this mission appeals to you, more information can be found on the Center for Humane Technology’s fascinating website, where they also provide tips to take control of your phone and a list of apps and extensions that will help you and your loved ones live your lives with less technological distractions.