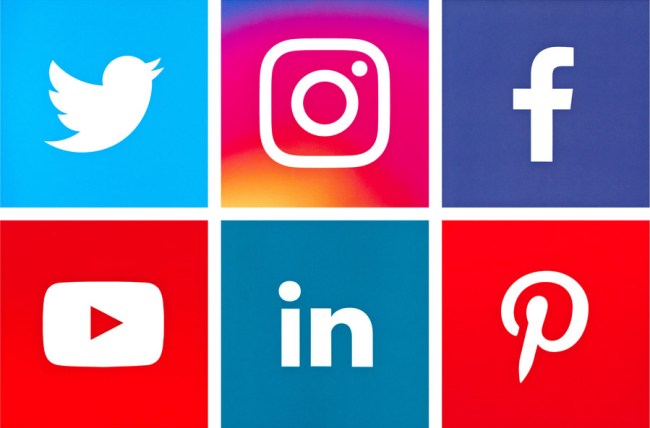 As if there was ever any doubt, according to an expert people are literally addicted to social media sites like Facebook, Twitter and Instagram. And that is EXACTLY what these companies had planned when they designed their sites and apps.

You know how some people get a rush when they are in a casino pulling on the arm of a slot machine? You’ve seen them, or been one of them. They just can’t seem to pry themselves away until all their money is gone.

Well, that same concept applies to social media, according former Google designer and ethicist Tristan Harris as reported by VICE.

The easiest way to understand this term is by imagining a slot machine. You pull the lever to win a prize, which is an intermittent action linked to a variable reward. Variable meaning you might win, or you might not. In the same way you refresh your Facebook updates to see if you’ve won. Or you swipe right on Tinder to see if you’ve won.

This is the most obvious way social feedback drives platform engagement, but others are harder to spot.

You know when you open Instagram or Twitter and it takes a few moments to load updates? That’s no accident. Again, expectation is part of what makes intermittent variable rewards so addictive. This is because without that three-second delay, Instagram wouldn’t feel variable. There’s no sense of will I win? because you’d know instantly. So the delay isn’t the app loading. It’s the cogs spinning on the slot machine.

Another piece of psychology hijacked by social platforms is that of Social Reciprocity. That’s a principle that says if someone pats your back, you’ll feel pressure to pat theirs. Facebook exploits this by alerting you when someone has read your message, which encourages the receiver to respond—because they know you know they’ve read it. And at the same time it encourages you to check back to read their inevitable response.

The same bits of your brain get tickled on Facebook as a set of wavy dots appear as someone writes a message. You might not exit if you think you’re getting a message, or in the very least you’re more likely to come back. And while Apple also employs this feature, at least they allow you to turn it off.

The mental manipulation taking place is truly astounding, but it’s even worse on Snapchat.

According to Adam Alter, an addictive technologies expert, the “streaks” feature on Snapchat “is so effective that he’s heard of teens asking friends to babysit their streaks while on holiday.”

“It’s clear here that the goal—keeping the streak alive—is more important than enjoying the platform as a social experience,” he says. “This is a clear sign that engagement mechanisms are driving usage more than enjoyment.”

And don’t even get us started on every social media site’s “Like” buttons which play right into our need for social validation.

So what is a person to do? Quit using social media? Not bloody likely!

The world before social media pic.twitter.com/ozcFdmApVg

According to Alter, users have to try and curb their addiction or install a phone app that will do it for them. Because the way he sees it, “…as long as companies have an incentive to make their platforms as engaging as possible, the arms race forcing them to ‘manipulate’ users will continue.”

Check out the entire fascinating story for even more insight on this subject over at VICE.