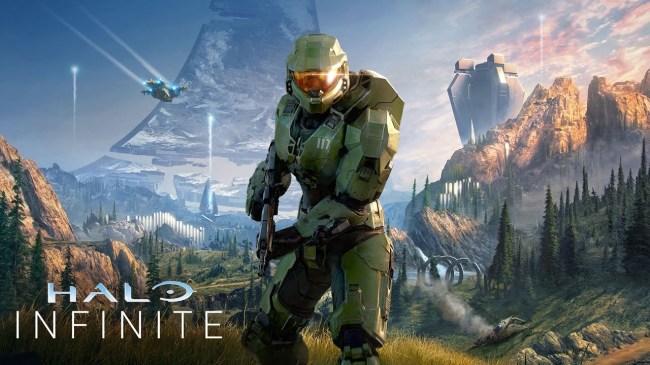 You wanna talk about shit that just gets the boys hyped? A perfectly executed dap. A cold beer on a hot summer day. Dropping a perfect roast in the group chat. Hitting a backdoor cover. Halo.

The Halo franchise, which first began all the way back in 2001, is arguably the pre-eminent gaming franchise of the last two decades alongside Call of Duty. Without question, Halo is Microsoft’s most popular Xbox exclusive, as the series has sold over 70 million copies over the course of its existence, a number that’s only dwarfed by iconic franchises such as Minecraft, Pokemon, Grand Theft Auto, and FIFA.

Because of Halo’s place in the history of video gaming, it should come as no surprise that the latest entry of the franchise, Halo: Infinite, is set to be one of the focal selling points when the Xbox Series X drops later this year.

Here’s the official synopsis for Halo: Infinite, via Xbox:

“In Halo Infinite‘s campaign, the Master Chief returns when humanity’s fate hangs in the balance to confront the most ruthless foe he’s ever faced – the Banished.”

Perhaps most excitingly, Halo: Infinite will mark a renewed focus on the franchise’s main protagonist, Master Chief, who took a back seat in Halo 5 to the dismay of fans.

“People have become attached to him over the last fifteen years and they’ve started to sort of fill in the gaps that the character deliberately has for gameplay reasons with a genuine emotional attachment. We certainly underestimated that with Halo 5,” Franchise Director Frank O’Connor said in an interview.

“Doubling down on Master Chief story and the amount of focus on him was probably the easiest learning from Halo 5. That was a really simple thing to absorb and embrace.”

At this time, while Halo: Infinite has no official release date, it’s safe to assume it’ll drop in tandem with the new Xbox during the holiday season.