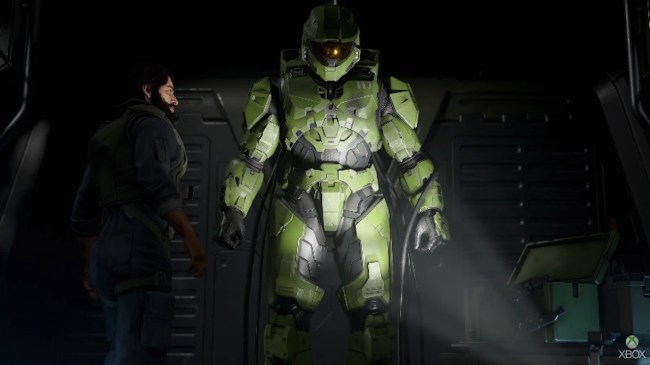 When it comes to video games of the 21st Century, there are arguably none more iconic than Xbox’s seminal Halo series.

Not only has Halo been critically acclaimed throughout its nearly two-decade run, but it has also turned into one of the most financially viable franchises in the history of gaming, as the Halo brand — which consists of games, movies, TV shows, and books — has grossed over $4.6 billion during its existence.

Now, as Microsoft and Xbox get set to usher in the latest generation of video gaming with 2020’s Project Scarlett, they’re going back to the money pit to call upon its biggest headliner to spearhead this exciting new frontier: Halo.

At their E3 event over the weekend, Microsoft, Xbox, and 343 Industries (the company who developed the game) revealed the first trailer for the latest installment in the pioneering franchise, titled Halo: Infinite.

Halo: Infinite, which will be the sixth game in the main Halo franchise and will continue the story of their groundbreaking hero, Master Chief, is set to be released sometime in the year 2020.

While the exact release date was not disclosed, Xbox’s history (and the gaming industry’s in general) suggests that both the game and the new console will be released during the holiday season, which is about 18 months from now.

But in the meantime, in lieu of a release date, Xbox gifted fans with a nearly-six-minute-long mood-setting trailer for Halo: Infinite — “Discover Hope”.

In response to the backlash regarding the Master Chief-lacking plotline of Halo 5: Guardians, 343 Industries big wigs have said in past interviews that they will not be repeating their mistakes and will “double down” on Master Chief in Infinite/

“People have become attached to him over the last fifteen years and they’ve started to sort of fill in the gaps that the character deliberately has for gameplay reasons with a genuine emotional attachment. We certainly underestimated that with Halo 5,” Franchise Director Frank O’Connor said in an interview with (the now defunct) GamesTM Magazine.

“Doubling down on Master Chief story and the amount of focus on him was probably the easiest learning from Halo 5. That was a really simple thing to absorb and embrace,” O’Connor reassured fans.

So, whether you consider yourself a hardcore gamer or not, it looks like you’re going to have to save up for that latest Xbox console, because this latest version of Halo looks like it’s going to be a throwback in all the right ways.