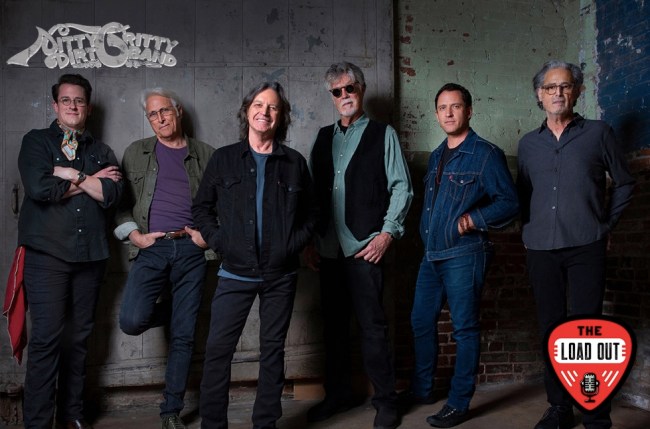 Coming down the homestretch of Season Three of The Load Out Music Podcast, we settle into our new digs in one of the great music venues in St. Louis – The Old Rock House. Most importantly, we welcome yet another Grammy Award winner in Jeff Hanna, founder and longest serving member of the Nitty Gritty Dirt Band.

In the 1960s, the Detroit-native landed in Long Beach, California, where music was being transformed. The sounds of folk, rock, country, bluegrass and blues were being blended from San Francisco to Los Angeles into what is today considered roots, Americana or alt-country. But it was the bands at that time, in that place that were doing it – The Byrds and Flying Burrito Brothers (both led by past guest Chris Hillman), Poco, Emmylou Harris, New Riders of the Purple Sage, The Buffalo Springfield, Linda Rondstadt Crosby, Stills and Nash, the Grateful Dead, Joni Mitchell and, of course, the Nitty Gritty Dirt Band.

Hanna started hanging out at McCabe’s guitar shop with a cast of characters that would shape the alt-country movement: Les Thompson, Jimmie Faddon, Ralph Barr, the legendary Jackson Browne and other founding or future members of the Nitty Gritty Dirt Band (NGDB) such as former Load Out guest John McEuen.

NGBD’s first big hit was a cover of Jerry Jeff Walker’s “Mr. Bojangles.” But when the legendary Earl Scruggs and Doc Watson agreed to record with NGDB, it set in motion a recording effort in Nashville akin to The Band’s Last Waltz documentary film and album. It was released in 1972 as Will the Circle Be Unbroken, which is in the Grammy Hall of Fame as well as The Library of Congress. Rolling Stone called the first record (there were ultimately three), “The most important record to come out of Nashville” and a 2004 ZAGAT survey called it “the most important record in country music.”

True to form, Hanna just downplayed it, instead applauding those around him.

“I think most of us just felt like, how lucky are we to get to make records,” he told me. “It was such a communal project.”

All throughout his career, Hanna – in and out of NGBD – has succeeded. From the NGBD’s start in 1966 to its 1985 country number one song “Modern Day Romance,” followed up by the smash hit “Fishin’ in the Dark” in 1987. The song Hanna co-wrote with Marcus Hummon and Bobby Boyd in 1994, “Bless the Broken Road,” won a Best Country Grammy Award for Rascal Flatts in 2006.

Most recently, Hanna and NGBD – which now features Hanna’s son Jaime on vocals and guitar – has taken on another American institution near and dear to their hearts in Bob Dylan’s songbook. Dirt Does Dylan, a ten-track album highlighting some of the gems from Dylan’s vast catalog, was just released with stellar cuts of songs like “It Takes a Lot to Laugh, It Takes a Train to Cry,” “Forever Young” and other Dylan hits.

Throughout our conversation, Hanna spends most of his time heaping praise on everyone in his circle but himself. From his longtime NGBD bandmates to his wife Matraca Berg and son, contributors he’s worked with like Levon Helm and Jackson Browne, producers like Ray Kennedy and others – Hanna’s intention is summed up in how he described the experience of recording Will the Circle Be Unbroken.

Please enjoy the latest episode of The Load Out Music Podcast with founder Jeff Hanna of the Nitty Gritty Dirt Band.