Don’t Ever Tweet A Joke About Mountain Dew, You Will Get Dunked On Until The End Of Time 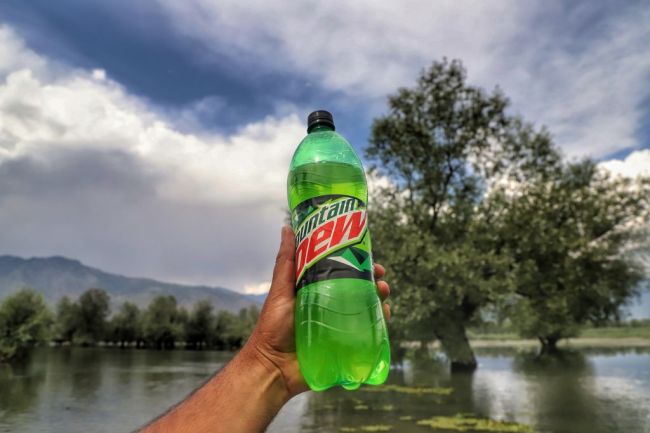 Some (most) people on Twitter wake up and choose violence every single day, but no group of people comes at you quite like fans of Mountain Dew. I learned this first-hand on Tuesday morning.

It all started when I saw a tweet saying that Mountain Dew was stepping into the adult beverage game with ‘Hard Mountain Dew,’ which you can read all about here. What jumped out to me besides the ridiculous can design was the fact that the beverages were completely sugar-free. This surprised me because when I think about Mountain Dew I think about how sugary the original drink is.

Seeing as how I’m an adult and not a seventh-grader, l haven’t had a Mountain Dew in quite some time and I certainly haven’t kept up with any new flavors they’ve come out with over the years. So, I decided to fire off this tweet in an attempt to be clever and funny. It was a poor attempt at a joke, and a horrible, horrible decision overall.

who knew the words ‘zero sugar’ and the Mtn Dew logo could share a can together?

This may be one of the most innocent tweets I’ve ever sent, but the Mountain Dew crew shows no mercy if someone speaks ill of their beverage.

I dug myself in an even deeper hole when Jeff Bench – who sounds like a dude that keeps the Dew stocked at all times – shared with me that Diet Mountain Dew didn’t contain any sugar and it’s been around since essentially the beginning of time. I thought diet drinks contained less sugar, not zero sugar, but wouldn’t know any better because I’m one of those people that doesn’t drink soda and lets people know that I don’t drink soda at least once every couple of months.

I fired this tweet back at Mr. Bench, and all hell broke loose after that. Sidenote: Bench has 25 total followers on Twitter and that single tweet of him dunking on me has over 110 likes. Again, the Mtn Dew crew is no joke.

Hey Jeff, not everyone drinks soft drinks and knows these totally normal facts.

Just look at some of these replies, they’re unbelievable.

So speak about it without knowing facts? Sounds about right.

Yet you have an internet connection and couldve done some research before posting….

Then don’t say anything bud

Joe Blazer here hit me with the ‘educate yourself’ reply like I was talking about something that actually mattered.

Maybe educate yourself before you speak then Mark

This one is clearly the best. Jokes on you tho, Takotaa, I’m married.

you need some bitches man

So, before you tweet about anything Mountain Dew-related, make sure you know all of the facts unless you want your mentions filled with a bunch of angry dudes coming for your neck.