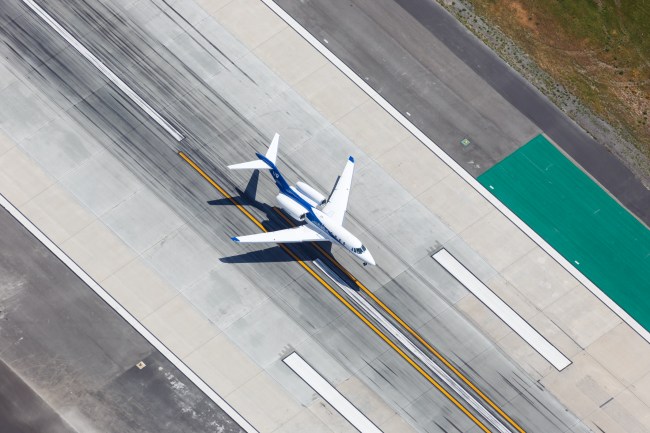 The state of California has had a ‘Shelter In Place’ order since Thursday, March 19th. The order is subject to change and the Bay Area even announced this week that they’ll soon relax the rules this coming Monday to resume business with construction, plant nurseries, golf, skate park, fishing, flea markets (??), and car washes.

But the rules are never applied evenly, are they? Nationwide, people who have the luxury of paying for privilege have it the easiest. As an example, here in my hometown of Siesta Key/Sarasota, the beaches are open but the parking lots are closed so you need to essentially have a million-dollar-plus house near the water in order to access the beaches. Elsewhere, people like actor Harrison Ford are apparently able to steal away from their mansions on the weekend for a little joyriding in the sky.

I’m 100% serious when I say I have zero problems with this. If you have a private plane/jet and your pilot’s license you aren’t endangering anyone by getting out there and doing some flying, assuming the air traffic control employees are already at work and you’re not the reason they were called into the tower.

I do think it’s a problem, however, if you’re Harrison Ford who has a history of aviation controversy and you ‘mishear’ the radio instructions and almost cause a disaster. That’s what CNN is reporting:

The actor and longtime aviation enthusiast was piloting a plane at the Hawthorne Airport in Los Angeles on April 24, when he crossed a runway where another aircraft was landing.

“Mr. Ford crossed the airport’s only runway in his aircraft after he misheard a radio instruction from ATC. He immediately acknowledged the mistake and apologized to ATC for the error,” a representative for the actor told CNN in a statement on Wednesday. “The purpose of the flight was to maintain currency and proficiency in the aircraft. No one was injured and there was never any danger of a collision.”

A spokesperson for the FAA told CNN the two aircraft were approximately 3600 feet apart at the time.

“The FAA is investigating an incident in which the pilot of an Aviat Husky taxied across the runway at Hawthorne Municipal Airport Friday afternoon while another aircraft was performing a touch-and-go landing,” the FAA spokesperson said in an email statement.

For anyone keeping track at home, in 2017 he mistakenly landed on a taxiway at the Santa Ana airport. Years prior to that, Harrison Ford was forced to make an emergency landing on a golf course and was hospitalized afterward. So this isn’t his first brush with problems in a plane. He’s also had to make an emergency landing in a helicopter back in 1999.

Rich people are just like you, right? Everone’s stuck at home under ‘shelter in place’ orders! You run errands in your 15-year-old BMW and they run errands in their private planes because the planes apparently needed exercise or something like that.

How are they justifying the ‘purpose of the flight was to maintain currency and proficiency in the aircraft’ as a reasonable reason to get out and fly while everyone else is stuck at home? I might be completely exhausted today but I’m pretty sure you can conduct routine maintenance on an engine to keep it in working condition.

For more on this developing story, you can click here to visit CNN.