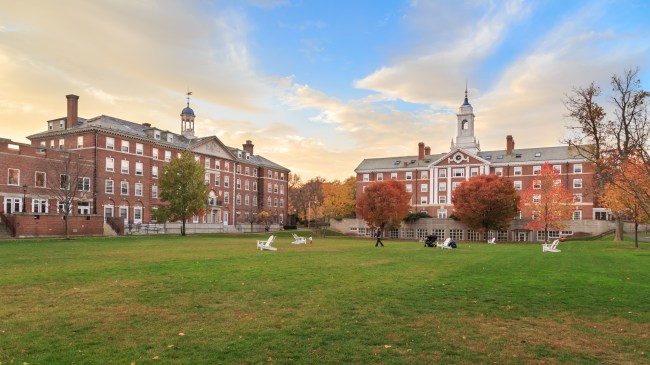 The pitchforks are out and they’re all pointed at members of the Harvard Lampoon. The student-run satire magazine, which has been used as a vehicle for stars like Conan O’Brien and Colin Jost, is in the midst of a full-on apology tour for publishing a joke that prompted over 300 Harvard College students to signed a petition denouncing the humor magazine during finals week, no less.

The joke features an image of Anne Frank’s head superimposed over a busty bikini-clad woman, accompanied with the satirical headline: “Gone Before Her Time: Virtual Aging Technology Shows Us What Anne Frank Would Have Looked Like if She Hadn’t Died.” Under the photo read, “Add this to your list of reasons the Holocaust sucked,”

The Harvard Lampoon is garbage pic.twitter.com/q4BAUS4ibI

The minds behind the magazine were flooded with complaints from people from accusing them of being anti-Semitic and trivializing genocide.

University spokesman Aaron Goldman said in a statement Wednesday to The New York Post that the cartoon was “deeply offensive.”

“It is not aligned with the values that Harvard College works tirelessly to promote, and we have already begun discussions with the students and organization involved to ensure that appropriate action is taken.”

Nicholas S. Grundlingh and Jack G. Stovitz, the magazine’s Co-Presidents, and Liana A. Spiro, the Issue Editor, released a statement on the Lampoon website apologizing for the joke:

“We as individuals and we as an organization would like to apologize for our negligence in allowing this piece to be created for and printed in our latest issue,” the statement reads. “We are sorry for any harm we have caused. Furthermore, we want to both affirm and emphasize that the Lampoon condemns any and all forms of anti-Semitism.”

The statement went on to claim that the organization will restructure its review process going forward to prevent hurting people’s feelings going forward.

If there’s a silver lining for the Lampoon, it’s that the incident occurred during finals week before everyone leaves for the summer. It will be forgotten the second that bell rings and they’ll all find something else to condemn.