Hayden Panettiere And Her Boyfriend Got Into A Massive Brawl With About A Dozen People: Watch 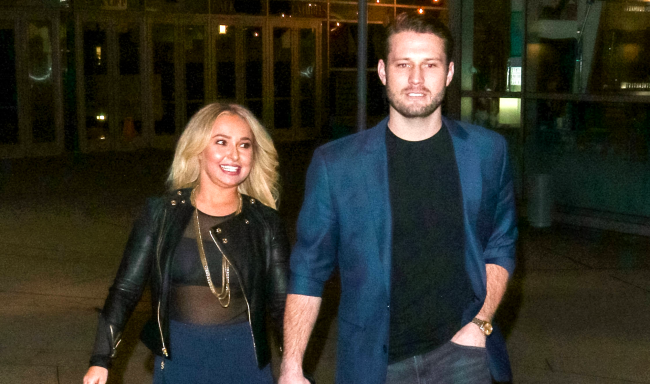 Once upon a time, there was a young actress. Her name was Hayden Panettiere and she was a very popular actress.

Hayden had appeared in a lot of very popular television shows and movies like Guiding Light, Ally McBeal, Heroes, Nashville, Bring It On: All or Nothing, Scream 4, and I Love You, Beth Cooper.

Panettiere, now 32 years-old, then began dating then-world heavyweight boxing champion Wladimir Klitschko. The couple ended up getting engaged and having a child together.

Sadly, the couple never did make it down aisle and ended up breaking up, though they still remain friends.

After the breakup, Hayden Panettiere began dating a guy named Brian Hickerson. Unfortunately, that didn’t go very well as Hickerson ended up being charged with corporal injury on a spouse/cohabitant, assault, and intimidating a witness (Panettiere).

Following their inevitable breakup, Hayden issued a statement vowing to make her and other women’s voices heard.

“I am coming forward with the truth about what happened to me with the hope that my story will empower others in abusive relationships to get the help they need and deserve,” she wrote. “I am prepared to do my part to make sure this man never hurts anyone again. I’m grateful for my support system, which helped me find the courage to regain my voice and my life.”

Hayden Panettiere and her boyfriend Brian Dickerson were involved in a knock-down, drag-out fight

Thursday night, Panettiere and Dickerson were out on the town in front of a famous Sunset Strip hotel, the Sunset Marquis, when the couple was involved in a knock-down, drag-out brawl with numerous people right there on the sidewalk.

An eyewitness tells us everything started inside at the hotel bar, where some sort of argument started between Hayden, Brian and some other patrons. We’re told one of the people from the other group claimed Brian spit on them, and the manager kicked everyone out … leading to this wild scene on the street.

During the fight, you can see Hayden do her best to try to pry Brian off the others — and it even appears she gets kicked in the face while she was in the scrum. She’s heard yelling, “Brian, jail!” … likely warning him what could happen if cops show up, because he’s on probation until 2025.

Once everyone finally gets separated — Brian and Hayden head back into the hotel — where she apologizes to staff, and the other group leaves.

Of course, this being 2022, much of the fracas was caught on video.

TMZ also reports that police did eventually make their way to the scene of the brouhaha, but by the time they arrived, everyone had skedaddled so no charges were filed.

Panettiere’s only acting credit since 2016 was a photograph/voice cameo in the film Scream.