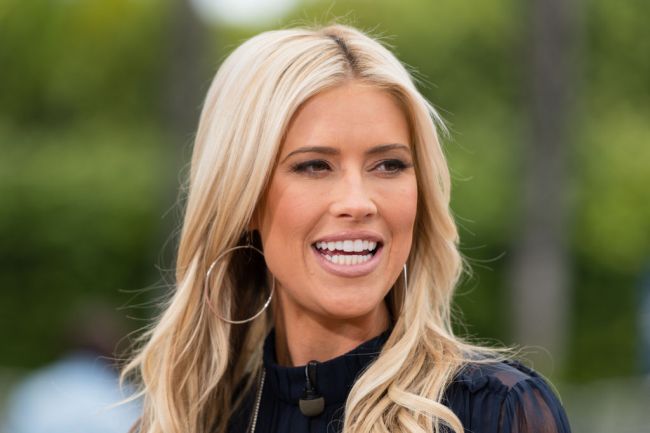 Christina Haack revealed two new things about herself in a recent Instagram post: she has a new boyfriend and that she recently smoked a psychedelic toad.

Life sounds pretty good for the HGTV star at the moment.

In the Instagram post introducing everyone to her new boyfriend, Josh Hall, the 38-year-old mother of three somewhat hilariously jumped right into her experience smoking the Bufo toad venom.

“I met Josh when I wasn’t in a state of fear or fight-or-flight…I had taken time off social, hired a spiritual coach, and smoke a Bufo toad (which basically reset my brain and kicked out years of anxiety in 15 mins), she wrote.

“My experience felt like my ego was being ripped away from me — a much needed ‘ego death,'” she later explained on her Instagram story.

The glands of a Bufo Alvarius toad secrete substances known as 5-MeO-DMT and bufotenine, which are known for their psychedelic properties. While the substances are considered ‘controlled’ by the Drug Enforcement Administration, they’re illegal to use in the United States.

A recent European study showed that inhaling the vapor from dried toad secretion was shown to produce sustained enhancement of satisfaction with life, and easing of anxiety, depression, and post-traumatic stress disorder after one single use.

It was fitting that Hack closed her Instagram post by addressing any haters out there, writing, “So yes ‘another relationship’ and guess what. I’m 38 – I’ll do what I want,” which we now know includes smoking some toad venom to find a new headspace.