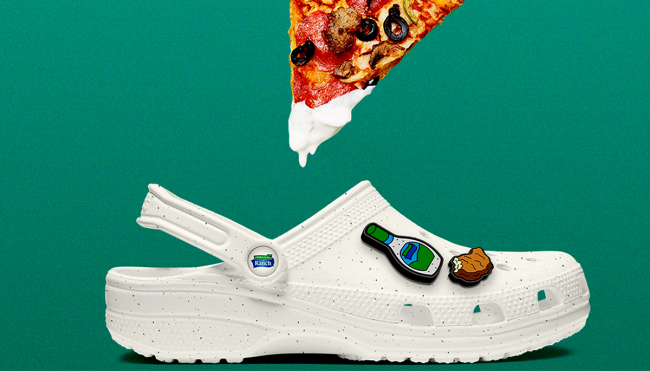 I’m not sure if you could say Crocs were already going out of style when de facto brand ambassador Mario Batali got Canceled, as that would suggest Crocs were ever stylish in the first place.

However, you could argue Crocs were actually ahead of the Ugly Sneaker curve, and over the past few years, the famously comfortable kicks have undergone a reinvention that rivals the McConaissance that transformed Matthew McConaughey into one of the most likable dudes on the planet.

The shape-fitting shoes are currently flying off the shelves thanks in no small part to partnerships with high-profile celebrities like Justin Bieber and Post Malone that sold out almost immediately. It’s safe to say Crocs are Officially Cool now—which makes the company’s latest collaboration particularly fitting.

On Tuesday, the brand announced it’s teaming up with Hidden Valley to produce a limited-edition line of custom Crocs with the help of streetwear company The Hundreds. 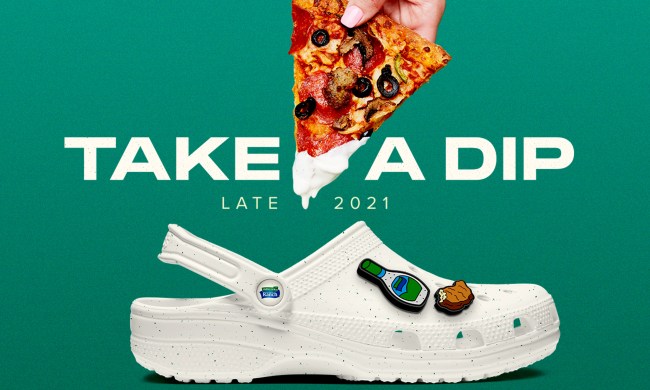 The speckled shoes are designed to resemble Hidden Valley’s ranch dressing and can also be adorned with various Jibbitz to give them some appropriate flair, including charms that resemble a bottle of the condiment and natural pairings like vegetables and pizza.

While Crocs previously dropped an absurd fried chicken-scented collab with KFC, it doesn’t appear these will be getting the same treatment. With that said, that could change by the time they’re officially released later this year before they undoubtedly pop up on eBay at an equally absurd markup.