Hillsong Church Pastors Were Balling Out On Tithe Money From Members 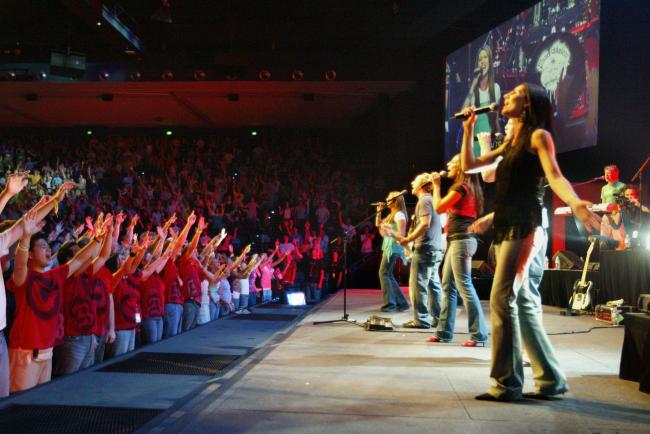 Down goes Hillsong! The villagers are running for the hills!! More bad news of corruption and scandal! This just in:

The pastors at scandalized Hillsong Church were anything but humble servants.

As the Australia-based institution continues to come under fire for allegations of “slave labor” and homophobia, ex-congregants and staff are now claiming that pastors used tithe money to help fuel their decadent lifestyles.

Pastors and staff apparently freely used debit-like “PEX” — or pre-paid expense — cards for whatever their hearts desired, several former members and staff told The Post. The source of the funds was money donated or “tithed” by members, said former Hillsong LA service pastor Nicole Herman, who personally loaded the funds onto the PEX cards.

“I was instructed to fill them,” said Herman, who helped found the church’s California branch in 2013. “We had a team count the tithes after every service and they would allocate X amount of money for the PEX cards.”

Do you guys remember the Protestant Reformation? Eh, you’re probably too young. Well, it turns out that the very same issues that Martin Luther (95 theses, ever heard of ’em?) and his disgruntled pals hated about the Catholic Church have resurfaced, MANY years later, to plague the Hillsong fam.

Now, it’s safe to say that Martin Luther didn’t take issue with Roman Catholic priests loading up their PEX cards and buying Jordans at Flight Club even though the markups are INSANE and you’re much better off hunting on Goat or StockX or even eBay now that they do their own product authentication. But the process of tithing isn’t new. A tithe is technically 1/10th of something, usually referring to the portion of your income you’re supposed to give to the church as charity. But, more generally it refers to the donations that people give to churches, and in the case of Hillsong, it’s the cash you drop in the collection buckets during the quiet song that makes everyone sway and close their eyes.

I know this because I went to a Hillsong service once. It was more of an anthropological exploration/effort to convince this girl that we might have a future (we didn’t), but boy, it was quite a spectacle. The experience legitimately blew my mind. I had no idea that so many young people were so into God still. Kinda thought America was moving in a more secular direction. Even so, they passed around that collection bucket (it might have been a hat?) and I had NO idea what I was supposed to donate. My plan was to simply match what my date put in, but then I saw her drop a twenty in there, and that was way too steep given that we’d come from a brunch that I paid for. Consequently, I waited until a particularly rousing swell from the band’s eery music overcame her, at which point she closed her eyes and swayed hypnotically while I dropped two soggy one-dollar bills into the bucket. I had half a mind to pretend I was dropping money in, only to ball up a handful of cash in my fist to make up for that huevos rancheros she barely touched, but I figured that was a quick ticket to hell.

Turns out, I wouldn’t have been the only one filling my pockets with the congregation’s donations. The pastors were all about that life! And you definitely hate to see it. Especially when the New York Post gets wind of it. They’re like a wolverine that simply won’t let go of your pant leg once they’ve taken a bite. Remind me never to get on their bad side.