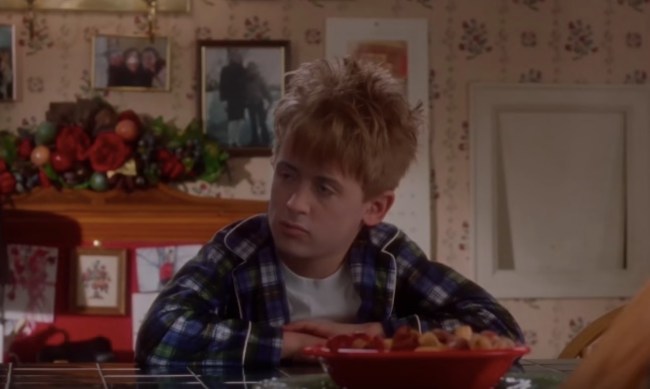 The top-tier ‘Deep Fake’ technology will never cease to blow my mind. Being able to realistically swap someone’s face and voice onto another’s body is a scary tool in the hands of the wrong people but in the hands of YouTuber Ctrl Shift Face it’s brilliant.

Also, I lied. This is just the video I’ll have playing on repeat and the one that I’ll be group texting to all the guys today. There are plenty of games today that I’ll be watching as well. I cannot commit to only watching YouTube for a full day because that would be insanity.

YouTuber Ctrl Shift Face has created another brilliant Deep Fake and this one’s timely since Home Alone is definitely a holiday film. I assume this project started when the ‘Home Stallone’ meme started making the rounds where someone realistically swapped Sly Stallone’s face onto Kevin’s body from Home Alone.

This Deep Fake has taken that meme to the next level.

What bums me out is how I can legitimately imagine some Hollywood execs seeing clips like this and thinking it would be a good idea to repurpose old films in new ways. I don’t want to live in a world where this technology is used for anything other than YouTube clips.