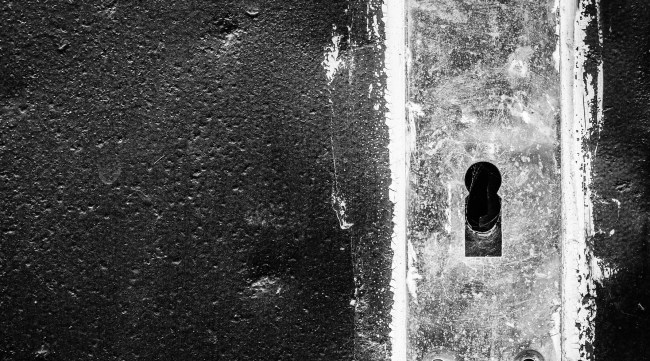 Imagine moving into a house, living there for five years, then discovering that behind a wall of bricks in your dining room is a secret door that leads to a hidden room for which the purpose of its existence is completely unknown.

That is exactly what happened to one homeowner who shared their startling discovery on the IRLEasterEggs section of Reddit recently in a couple of videos.

“Been living in this house for 5 years, never noticed there was a secret door leading to a little storage cubby behind the dining room finish,” she wrote.

The homeowner then followed up that video with another one showing a better look at the inside of the secret room after someone commented, “It might be a portal to a several light year-long and half a meter wide cupboard dimension.”

“I have a view of inside the room for all yall curious ppl in the comment section, theres really nothing much in here but I am starting to think this was previously a grow room,” she captioned this video.

Naturally, despite the homeowner appearing to be very calm about this unusual discovery in her home after five years, folks on Reddit immediately went full Parasite in the comments section.

“Yeah, if there’s no handle inside that door could definitely be used to keep some ‘guests’…” followed up another.

Many also speculated what the room’s real purpose was.

“Lmao you just discovered where the guy who lived here was growing weed,” joked another.

When one Redditor asked her how she came to learn about this secret door and room, she replied, “I was just moving around the dining table and chairs and bumped into the finish. One of the stones shifted and made a rumble, pulled it out and eventually found the door knob.”

She also added, “Dont worry, I didn’t get locked there is a knob on the other side.”

As for what the homeowner is going to do with it now that she knows the room exists, she said, “It would make a good safe considering locking doors, but I’m basically gonna use it as a mini storage cubby for the time being and seal it with a time capsule inside.”

The last thing the homeowner wrote about the room was, “I’ll see if the floorboard is hiding anything later on when I have time.”