No One Wants To Buy The House From The Netflix Documentary ‘American Murder: The Family Next Door’ 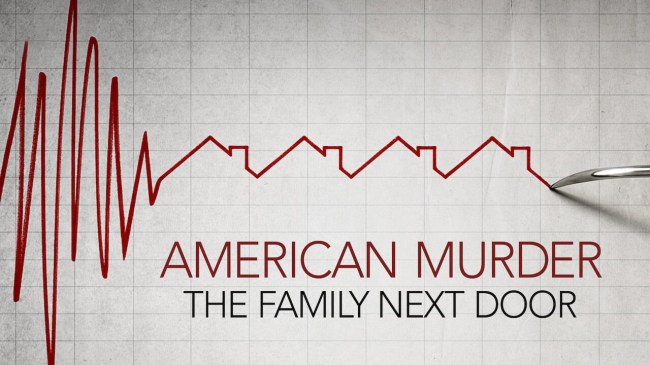 Hard to believe, but it’s true. Realtors are having one hell of a time selling the house in Frederick, Colorado featured in the new documentary American Murder: The Family Next Door where Chris Watts murdered his wife and his unborn son, and planned the killing of his two young daughters.

According to Realtor.com, the 4,177 square foot home where Watts strangled his pregnant wife, Shanann, in 2018 was put up for auction for a year by the lender who foreclosed on the property, but no one purchased it so the county took it out of foreclosure.

Which means, Chris Watts is still the legal owner of the home located at 2825 Saratoga Trail in Frederick.

“It’s not getting any bids because people know the sordid history of the house, and nobody wants it,” says Denver-based bankruptcy attorney Clark Dray, who is not affiliated with the home or its former owners (and clearly wants that to be known).

“It just sits in limbo until [a creditor] comes along and tries a foreclosure again.”

Related: So, What’s Up With ‘American Murder’ Mistress Nikki Kessinger These Days? Let’s Find Out

“Usually at least the mortgage company will attempt to buy the home so they can resell it,” says Dray. That could mean the lender is worried the home won’t fetch a good price or simply won’t attract a buyer. Real estate investors also shied away.

“When there are kids involved, the discounts are higher. People really don’t like that,” says Anderson, who specializes in real estate damages, which include properties where crimes occurred.

Anderson also added that he expects the house will need to be discounted by 15 to 25% before anyone will buy it. Personally, I’m thinking it’s going to take more along the lines of 50 to 75% because, really, who the heck would want to live there?

“Everybody knows the story around here,” says local real estate agent Tanja Nelson. “It’s a nice enough house and the neighborhood’s awesome. It would have sold by now if someone local felt comfortable enough to buy it.”

Frederick Police just brought out 2 large garbage bags from the home of Chris Watts and then loaded them into their cars. Then they locked the front door of the house and they all left. pic.twitter.com/wEHGbvSxz5

For the Watts house to be auctioned off, one of the creditors owed money from the property would have to put it back up for foreclosure. Or the state could do it if the delinquent taxes pile up. Creditors are those who have liens on the property for unpaid bills. They include Shanann’s parents, Sandra and Franklin Rzucek, who won a $6 million wrongful death lawsuit against Chris, according to the property’s title report. There is also the mortgage lender, water company, and local homeowners association.

According to a new report by People, Chris Watts, who is serving five life sentences with no chance of parole, isn’t happy that his story is back in the news.

“Just knowing that the documentary is out there has sent Chris to some dark places,” a source who talked to Watts said recently. “He hates knowing that it’s out there, but realizing that he will never see it.”

Chris should be far more worried with getting shivved by a fellow prisoner for killing his kids.

According to Frederick Police when Chris arrived at the house and he allowed officers to search inside. He came up to officers and handed them Shannan's wedding ring, which he said he found on the nightstand. #Chriswatts @DenverChannel

Perhaps someone should buy the house, bulldoze the entire thing and make it into a memorial pocket park. Because no one is ever going to want to live there.