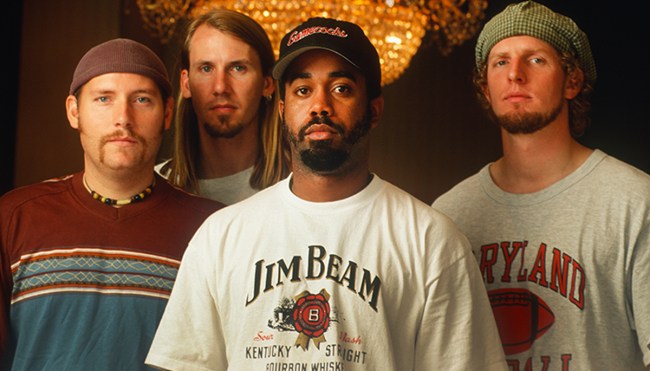 In my experience, there aren’t many things capable of instantly ruining an otherwise enjoyable night than going to a bar only to realize you somehow missed the chalkboard bearing the three words that should be prominently displayed outside and inside of any drinking establishment that uses them to try to lure in a crowd: “Live Music Tonight.”

If I sound salty, it’s because I am; I’ve lost track of the number of times I’ve gone to grab a beer just after settling in only to discover the seat I opted for just so happened to be directly next to the amp and mic stand that magically materialized while I was ordering.

With that said, virtually every singer and musician on the planet has spent some time honing their talents while performing to largely indifferent crowds in tiny, hole-in-the-wall venues. As a result, you never know when you’re going to end up in a situation that allows you to spend the rest of your life bragging about the time you saw someone who routinely sells out stadiums and arenas plucking away on an acoustic guitar during an open mic night.

Hootie & the Blowfish were just one of the many bands who paid their dues in that manner before getting their Big Break in the mid-’90s courtesy of Cracked Rear View, the debut album that was home to “Hold My Hand” and “Only Wanna Be with You.”

That record dropped on July 2, 1994, and it would only be a couple of months until Darius Rucker and Co. took the world by storm. However, they were far from household names when they arrived in Houston that summer for a show at Fitzgerald’s, the now-shuttered venue where they had previously performed to a room of just 75 people prior to acquiring a significantly larger (and infinitely more rabid) fanbase.

As a result, it’s easy to understand why the crowd at the BBQ restaurant where they grabbed a meal before that show didn’t exactly go wild when the bluegrass band that was already onstage invited Rucker and (presumably) bassist Dean Felber up for an impromptu rendition of “Let Her Cry”, which was captured on VHS in a clip that recently surfaced on YouTube and was posted by the uploader on Reddit on Monday.

It’s not entirely clear when the video was filmed, as there’s no record of the Fitzgerald’s gig in question on any setlist or concert archives.

However, based on a comment from a user in an older Reddit thread who was seemingly at the concert in question, it seems like there’s a very good chance Hootie and the Blowfish were in Houston at the end of August—less than a week before they appeared on The Late Show with David Letterman for the first time on September 2nd, 1994.