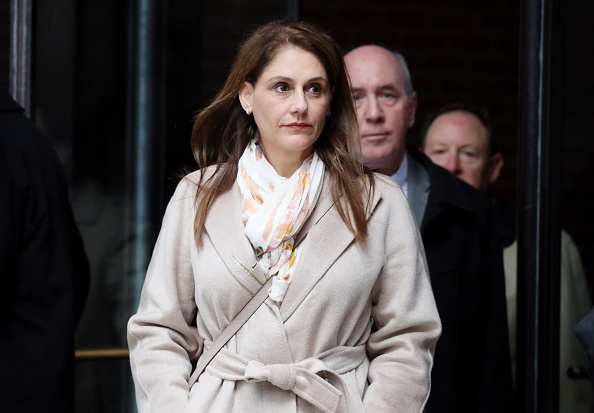 ​
Unreal. The axe is actually coming down on these rich parents. Real prison sentences are being handed out all around. I’m so accustomed to these people paying their way out of (and into) everything, so I just assumed these parents’ lawyers would get them slaps on the wrist. A few community service hours dusting bookshelves at the Orange County library or fluffing pillows at the beach club, nothing crazy. But nope! They’re actually headed for the slammer. Fantastic.

LA Times– Michelle Janavs, heiress to a frozen foods fortune, was sentenced Tuesday to five months in prison for paying $100,000 to fix her daughters’ college entrance exams and agreeing to pay twice that amount to sneak one girl into USC as a bogus beach volleyball player.

The major focus has been on Lori Loughlin, due to her Full House fame. But don’t sleep on the Hot Pockets mom either. Five months in jail is for real. You can get very, very jacked in five months. Sew a ton of quilts or handcraft thousands of ceramic mugs. Who knows, jail seems boring.

The entire scandal has been deeply satisfying for so many people. To watch the wheels of justice churn against a group of parents so accustomed to ignoring rules, cutting corners, getting off with warnings… delicious. And as a Harvard athlete who had to do it the old-fashioned way—the honest way—of strapping on my lacrosse cleats and taking slap checks that sent my ribs rattling; of hiring a freelance videographer to cut a game tape to send to college coaches across the country; of gaining admission to an elite college thanks to the blue-collar mentality I brought to the sport of lacrosse? I’m sickened to think of the poor USC beach volleyball players who went through what I did, only to learn that some fraud had gained admission by posing as one of them. Good riddance, I say!

Hot Pockets heiress Michelle Janavs was sentenced to 5 months in prison for paying $300K to cheat and bribe her two daughters' way into college. Prosecutors were seeking 21 months.

She is one of 36 wealthy parents involved in the massive college fraud scheme. pic.twitter.com/UXwlHGRvJm