The Hotel Nearest Area 51 Is Totally Booked For The Night Of The Planned Raid, And The Phone Has Not Stopped Ringing 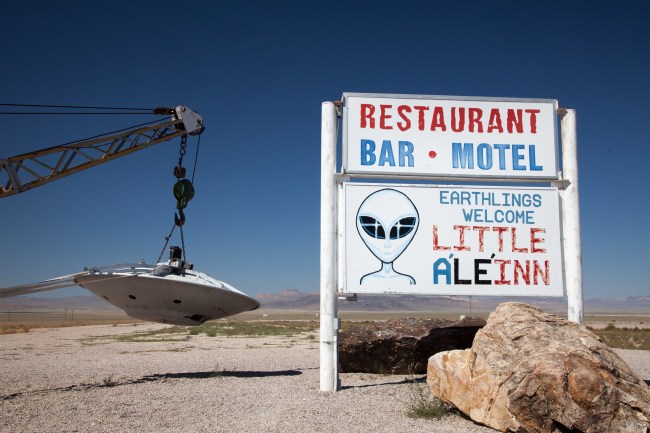 The Facebook group unifying people to storm Area 51 on September 20th has been revealed as a joke, but don’t tell that to the people decked out head-to-toe in Darth Maul armor. No military threats or diminishing momentum will deter their mission. September 20th is their Super Bowl, and they’ll be damned if a few hundred highly trained military elite take out their Nerf guns with state-of-the-art weapons and wipe their existence from public record.

We’re almost two months to the day away from the supposed raid, and while it has provided a majority of us with some wildly entertaining memes, there are many people taking it a bit more seriously.

Connie West, the co-owner of Little A’Le’Inn (pronounced “little alien”), told NPR that her in is completely booked for the day of the event and at least 60 people have paid to set up camp in the nearby area. West’s Inn is Alamo, Nevada, the closest lodging to the site at 26 miles from the runway.

“Yes, it sounds like a joke, but there apparently are some people who want to check out the joke.” 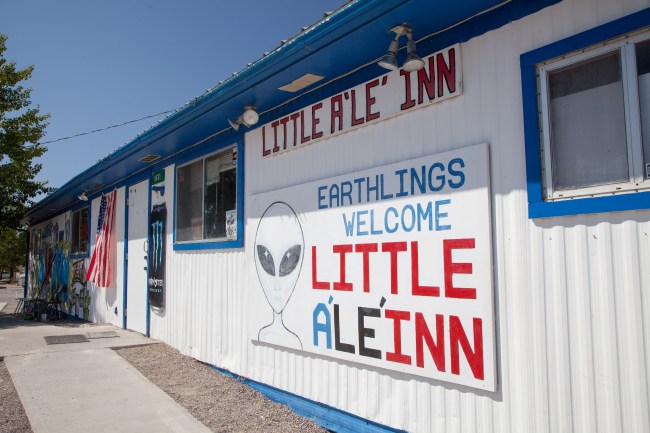 Since the Facebook group launched, the phone at the Little A’Le’Inn has been ringing off the hook with people trying to book rooms. Her 10 rooms are now full for the day of the raid, and she revealed that most people who booked rooms asked her about the Area 51 mission.

West also told NPR that she has about 30 acres of land that she allows campers to book for $15 a night. So far, West claims, about 60 people have committed to staking claim on the land, which is unheard of for her unless there is an huge event like a marathon in town.

“Apparently, people are taking it seriously,” West said. “I think they’re stupid if they think they’re going to get to the test site, but I’m gonna capitalize on it.”

We laugh at these people, but I’m sure there were people laughing at Columbus when he set out to find the New World. These unemployed dweebs could be the next revolutionaries.

They may have to iron out the traffic situation first though.