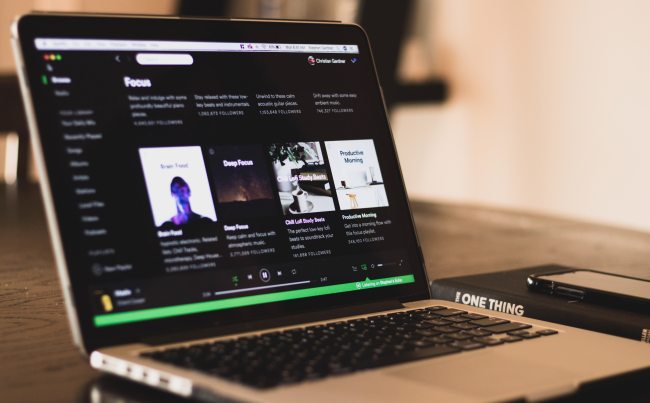 A few weeks ago, Spotify treated its users to a year-end wrap-up to provide people with a glimpse at the music they relied on to make it through 2020 in the form of a playlist featuring the songs they bumped the most in addition to various stats to give them a bit more insight into their listening preferences.

Spotify technically provided this information without any judgment, but it’s hard not to do a little bit of self-reflecting when you dive into the data and discover the Spin Doctors somehow made it near the top of the list of your favorite artists in 2020. However, the same cannot be said for a late contender for Best Website of the Year that takes the polar opposite of the Planet Fitness approach when it comes to evaluating your musical tendencies.

It seems like a forgone conclusion the people who are currently working diligently to push the limits of artificial intelligence will be responsible for the eventual downfall of humanity, but thankfully, there are some brilliant minds who are using it for good instead of evil—specifically Mike Lacher and Matt Daniels, the duo behind “How Bad Is Your Spotify?”

The website claims it’s able to objectively assess how refined your taste is by taking a look at your listening patterns and analyzing your preferences before providing you with a score by consulting ratings and reviews from authoritative musical critics and sources—while roasting the absolute shit out of you in the process.

The final tally is partially based on how you answer the various questions that are posed based on what you tend to gravitate to. For example, my go-to rotation primarily consists of yacht rock and people rapping about selling cocaine, which led to me being docked points for admitting I listen to Kenny Loggins unironically and getting labeled “another Pusha T stan.”

When you reach the end, you’ll be provided with the name of the unique genre that defines your Spotify (mine was described as “Dad Rock Trap House,” which is disturbingly spot-on). You’ll also be provided with a single sentence to describe your overall essence, and I can safely say I’ve never read something that made me feel more personally attacked than what I was hit with.

I’ve never been more terrified of what A.I. is capable of.