The Russo Brothers On How ‘Star Wars’ Influenced The Ending Of ‘Avengers: Infinity War’ 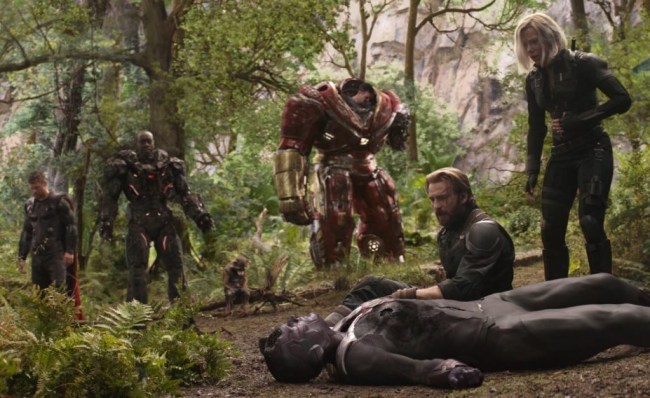 Editor’s Note: This article was originally published in the Summer of 2020 in tandem with our exclusive interview with the Russo Brothers. In celebration of the three-year anniversary of Avengers: Infinity War, we’re republishing it today.

Just prior to the announcement of their new spy-thriller franchise over at Netflix with Ryan Gosling and Chris Evans, I was lucky enough to talk to Joe and Anthony Russo — the directors of Captain America: The Winter Soldier, Captain America: Civil War, Avengers: Infinity War and Avengers: Endgame — for a wide-ranging interview that touched on everything from Extraction to the best way to reheat your pizza.

While the entire chat was a blast — the Russo Brothers couldn’t have been nicer guys — one of the most interesting tidbits we discussed was how the ending of Star Wars: The Empire Strikes Back influenced the ending of Avengers: Infinity War.

Aware of how affected they were by the famously dour ending of The Empire Strikes Back (Luke loses his hand, Han gets frozen — not exactly ideal), the Russo Brothers knew they had the opportunity to deliver that sort of shock to a new generation of movie-lovers.

“Look at Empire Strikes Back, the shock of that ending — experiencing that at a young age and knowing we had an opportunity to do something like that,” Anthony said. “That was something we were very conscious of — we knew the effect that had on us and we knew we had the elements to give that sort of experience to the audience, especially younger audiences that weren’t as familiar or hadn’t experienced that at an impressionable age.”

One of the few, but generally valid, long-running criticisms of the Marvel Cinematic Universe is that it can occasionally feel too formulaic, which is certainly not an adjective that can be applied to Infinity War, which completed bucked the trend and upended expectations with its instantly iconic Thanos-snap ending.