Here Is The Insidious Way IKEA, And Other Stores, Trick You Into Impulsively Buying More Of Their Stuff 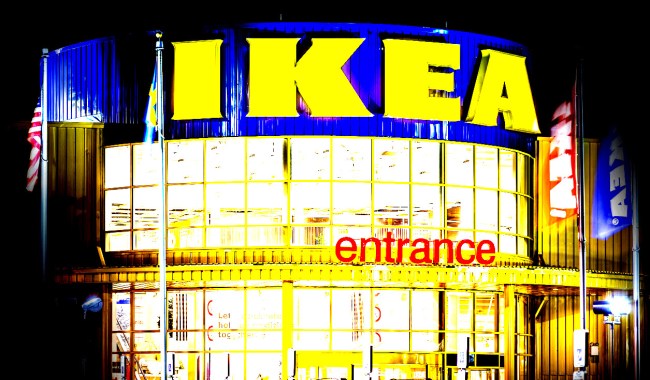 Ever go into an IKEA to buy one thing only to impulsively fill a cart full of stuff you don’t really need? Here’s how they make you do that.

What they do is something called the Gruen transfer, also known as the Gruen effect.

Intentionally confusing layout? IKEA has that down to a freaking science. We’re so bewildered by the store’s design it’s no wonder we have no concept of what it is we’re actually buying.

Funny thing is, this effect is named after an Austrian architect Victor Gruen, who disavowed such practices even though he was the same guy who designed the very first indoor shopping mall.

So even though he ended up being disillusioned by what transpired after his creation overtook America, his legacy has not been forgotten as numerous retailers still use his ideas to squeeze money out of us, even when we don’t intend for it to happen.

According to Vox, researchers estimate that 50 percent of purchases are unplanned (even more if you’re drunk).

Ikea has mastered the Gruen effect using story layout to influence customer behavior. From the moment you enter an Ikea, layout designers nudge you onto a specific path through a maze of products. That path is the least direct route to the register. By the time you’ve finally picked up a shopping cart and selected your first item, you’ve considered the possibilities of purchasing many of the items on display. Researchers have found that increased exposure leads to impulse buys.

Understand now? I hope so. If not, learn more about how IKEA tricks us into impulsively buying more of their stuff below.