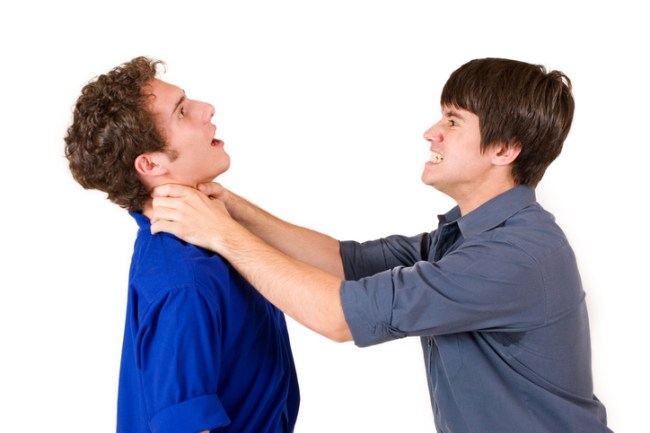 Last weekend, I went to Florida to see my folks. One afternoon I was stationed on the couch, facing the beach, reading a pleasant book about the opiate epidemic and how it has ravaged middle-class families. As the dappled sunlight flitted through the palm trees, I spied an older gentleman walking his enormous german shepherd on the beach, no leash. The man’s skin was dark rubber, baked to an unhealthy char over years of indifference. A labyrinth of tattoos snaked along his shoulders and back, but they seemed out of place on his older body, memories carried from a younger time perhaps. As for the dog, I’ve only ever seen german shepherds off-leash in police training videos where they run down some buffoon wearing a suit made from couches. Oxycodone could wait; I had some spying to do.

German shepherds have weird backs. The curve of their spine makes it seem like they’re holding a precarious shit at all times. Sure enough, the beast sniffed, squatted, and dropped a 10-pound pile right on the pristine sands not twenty feet in front of our house. But surely, the man will bag it, thought I. A dump that large? He won’t… he couldn’t… he shan’t leave it. But then, to my disbelief I watched him shuffle a cursory layer of sand over the dump with his feet. Off they went on their merry way, leaving a land mine of dog shit for some kid to unknowingly use as glue in his sand castle.

Everyone has about 5-10 moments in their life where they can either stand up for what they believe in or accept the world as it comes. This was one of those moments for me. I went out the door and ran down the beach after the pair. I didn’t know what I would say, but I was fully prepared to give him a piece of my mind. It didn’t take long for me to overtake him, what with my consistent cardio training in addition to my strength training.

As I approached, I thought about what sort of man could be so inconsiderate to others. He must have been raised wrong. His father must have walked out on them. Those tattoos must represent the war crimes he’s committed. The dog is a reflection of his violent tendencies. They probably hunt small dogs together.

I caught them. He was looking at shells while the dog sniffed the seaweed.

“Hey, I saw you leave the dog poop. You just kicked sand over it” I managed, not out of breath at all.

“Ah it’s ok, the tide will be in in an hour and it will wash it away,” he said breezily.

“That would be great. I know where it is. I’ll come back now to get it.”

And just like that, we solved it. We solved the problem. This tiny thing that I had built up in my mind was extinguished with the most basic, natural human exchange of words. I ran back to the house, got a doggy bag, and brought it him. Then he scooped it all up and threw it away.

Two minutes before, I was certain this guy was a nazi sympathizer with a basement full of manacled children wrapped in tattered blankets surrounded by low-budget camera equipment. Turns out, I was way off! He was lovely!! What a gentleman. And I had hated him! HATED him for assumptions that I had made. There was a lesson here, but I wasn’t ready to learn it yet.

I’m writing this on the train from Boston to New York—my favorite writing setting in the world. Now typically when I have a lot of writing to do, I’ll find a seat in the quiet car. But sometimes the quiet car is too snooty. If you sneeze in the quiet car, they don’t bless you; they glare. I’m always afraid to stand up and fetch anything from my bag in the overhead because the latch clicks and even that seems too percussive for the echolocators around me. People in the quiet car love to remind you where you are. “This is the quiet car?” they say, the statement lilting upwards as if it’s a question, the inference being “are you sure you want to be here?” Today, slightly hungover, I needed the freedom to breathe from my mouth, to cough and sniffle and tap my feet without remonstration. I settled in among the rabble-rousers. 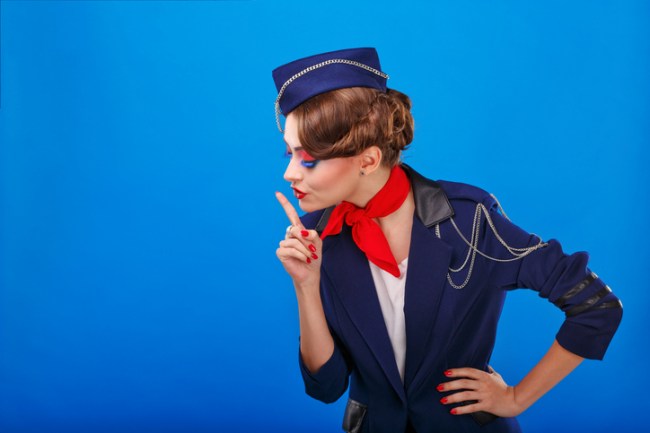 Make no mistake: the noise car is not some invitation for band practice. The social contract still applies here. One can make a phone call so long as one keeps it down, and short. Light conversation is entirely fine. Dig for potato chips in a noisy bag, sure. Everything within reason. Most people know this. Most.But as we pulled out of New Haven, halfway home, a phone chimed nearby. And then again. And again. Dings and bells, every couple seconds, only two rows back.

After a few minutes, I stood up to investigate under the guise of a bathroom visit. It didn’t take long to find the culprit: a middle-aged woman working her way through a beginner’s lesson of Duolingo French. Inexplicably, she wore headphones that dangled like entrails from her ears, not plugged in to the phone. As I watched in horror, she brought the phone close to her mouth and quietly voiced some bullshit French sentence. The screen turned green and chimed its approval of her pronunciation, though I—fluent in French from age five—found her accent robotic, overly nasal, and woefully unlearned.It struck me as incongruous that she would speak so quietly to the phone—clearly aware of her own volume—only to let the phone blast away for all to hear. But then I considered that perhaps she was self-conscious about her horrific French accent.

This humility might endear her to some, but it only hardened my hateful resolve. For that would mean that her volume output was moderated not by a consideration for others, but rather by some self-serving sense of image preservation. Her world, and we’re all just listening in to it. 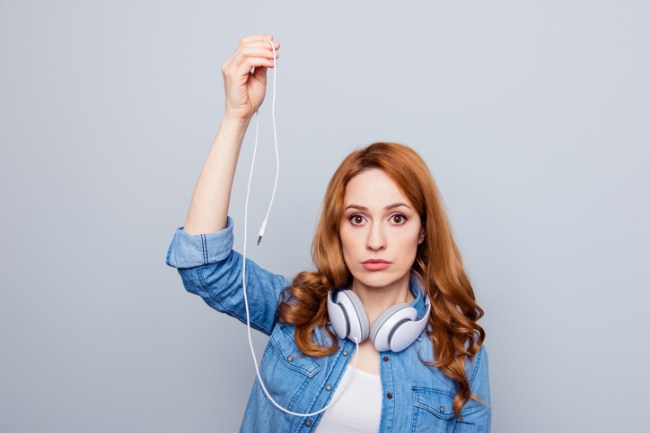 Picture a brunch patron who offers the lion’s share of her eggs benedict to a hungry friend. A fine and noble gesture until the recipient takes a bite and the giver says “I couldn’t eat any more of that! I don’t want to look like a blimp this summer.” We now know that she gave the food away not to satiate the friend, but rather to deliver a self-serving two punch combo. In cutting herself off, she feeds her sense of self-discipline. In reminding the friend of the calendar, she instills that tummy-tucking guilt that will make any bite taste like cement. As in, I’m prettier than you because you’re eating and I’m not. Shame is a dish best served passive-aggressively.

Back to our aspiring francophone, I now had an entire doctoral thesis composed in my head about her evil character. My research cited the encyclopedia of assumption and the halls of my gut to prove that she both knew, and didn’t give a fuck, about the phone noise. As my nerves reached their breaking point, I debated what to say to her. Asking her to jump off the train at full speed felt rude, even though it seemed like a fair sentence for her crimes. I considered a written letter, signed by all the passengers in our car, voicing our dislike of who she is and all that she stands for. But I ruled this out when I saw a few of the passengers sleeping, as I didn’t want to wake them to garner their signatures.

Finally, I walked over and asked if she wouldn’t mind turning down the volume on her notifications. She looked up and told me to go fuck myself. In one movement, I pulled out the pen I had for the signatures, uncapped it, and buried it in the folds of her droopy bicep. She screamed, jolting the sleeping passengers awake. I then pulled the pen from her arm, which made a sucking noise like pulling a boot from mud, and brought the dripping pen to the now-awake passengers. Cowards all, they refused to sign but she bled out anyway, saving the world from her grating french demonstrations. You’re welcome. 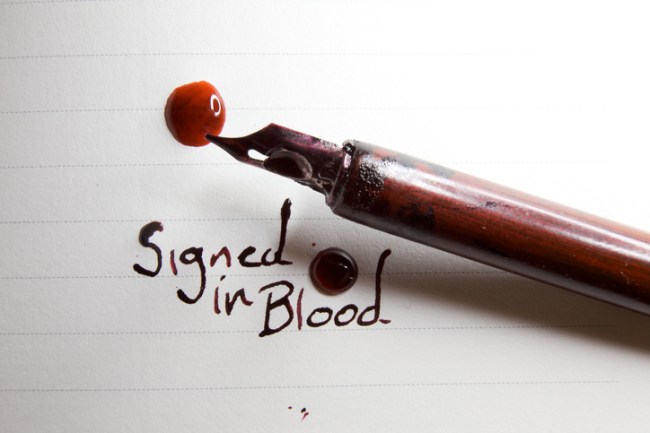 Haha, a boy can dream! In truth, she couldn’t have been nicer. She had no idea that her headphones weren’t plugged in. I guess older people can’t distinguish between headphone noise and regular noise. She apologized, plugged her headphones in, and I walked back to my seat, receiving the subtle, appreciative nods from disrupted passengers grateful that I was willing to do the dirty work.

As with the man on the beach, I had hated her from the moment I saw her, and I was wrong. People make mistakes! I hate the guy in the airport security line who forgets to take shit out of his pocket and sets the machine off, backing up the entire line. I hate the Spectrum salesman who jacks up my Wifi cost when I cut my cable cord. I hate every ex I’ve ever had for finding happiness with another person. But maybe, just maybe, I should try to forgive people and learn to love myself?

You can judge me all you want, but you weren’t there. We all hated that lady on the train. We all envisioned some version of that death by pen. And should you ever experience a moment like this, I would remind you of the words of Commissioner Gordon:

“There’s a point, far out there when the structures fail you, and the rules aren’t weapons anymore, they’re… shackles letting the bad guy get ahead. One day… you may face such a moment of crisis. And in that moment, I hope you have a friend like I did, to plunge their hands into the filth so that you can keep yours clean.”

I am that friend. I am the hero that Gotham deserves.