The Pile Of Money Robert Downey Jr. And Other Avengers Actors Are Making Is Mind-Boggling 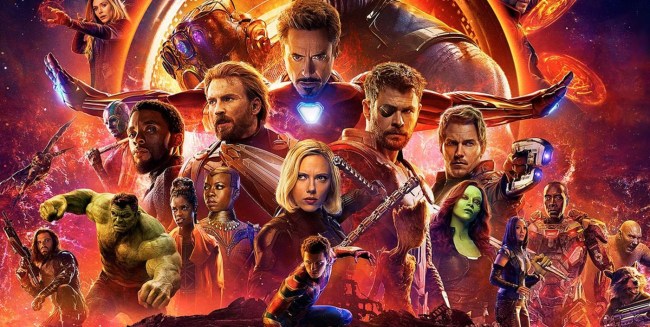 Think Tony Stark is rich? He’s getting some serious competition from Robert Downey Jr., who along with his Avengers: Endgame co-stars have been making some serious bank over the 10-plus years worth of Marvel Cinematic Universe films.

According to a new report by The Hollywood Reporter, Downey, thanks to a cut of the box office take, made at least $75 million from Avengers: Infinity War alone.

Considering the fact that Infinity War made a little over $2 billion worldwide, and Endgame already made $1.2 billion in its opening weekend, Downey is looking at another very nice payday.

However, when you figure Downey’s pay per days of actual work, it’s going to be tough for him to top the reported $5 million he made for just three days of work on Spider-Man: Homecoming.

Throw in his income from Iron Man, Iron Man 2, Iron Man 3, The Avengers, Avengers: Age of Ultron, and Captain America: Civil War and Downey really is Tony Stark – at least when it comes to acquiring massive wealth.

As for some of the other Avengers actors, Scarlett Johansson, aka Black Widow, is set to make around $20 million to star in and produce her standalone Marvel movie that’s set for release in 2020.

Chris Evans originally signed with Marvel for five films, then renegotiated his contract for Infinity War and Endgame so he would make $15 million to $20 million per film.

Chris Hemsworth also had an initial five-movie deal Like Evans, and he too renegotiated his contract to put him in the $15 million to $20 million range for Infinity War and Endgame, plus whatever he makes in Phase Four of the MCU.

Part of Marvel’s next phase includes the segueing of many characters to their own series on Disney’s new streaming service, Disney+. Elizabeth Olsen (Scarlet Witch), Anthony Mackie (Falcon), Sebastian Stan (Winter Soldier) and Jeremy Renner (Hawkeye) negotiated deals that are separate from the movie contracts for what sources say will be six to eight episodes.

Those contracts don’t negate appearances in future Marvel movies, which could result in a separate round of dealmaking. The next few big-screen adventures build on the plot threads of Endgame. Chadwick Boseman (Black Panther) and Benedict Cumberbatch (Doctor Strange) have one more option apiece, which will result in sequels to their solo movies, say sources.

Then there are new additions to the cinematic universe such as Eternals, which will be led by Angelina Jolie and start shooting this year, and Shang-Chi, centered on an Asian hero yet to be cast that will shoot after Eternals. And Guardians of the Galaxy 3 is planned for a 2020 shoot — the current five stars are expected to reunite — with James Gunn back in the saddle as director.

No wonder everyone looked so happy at the Los Angeles premiere of Avengers: Endgame. They’re all rich!