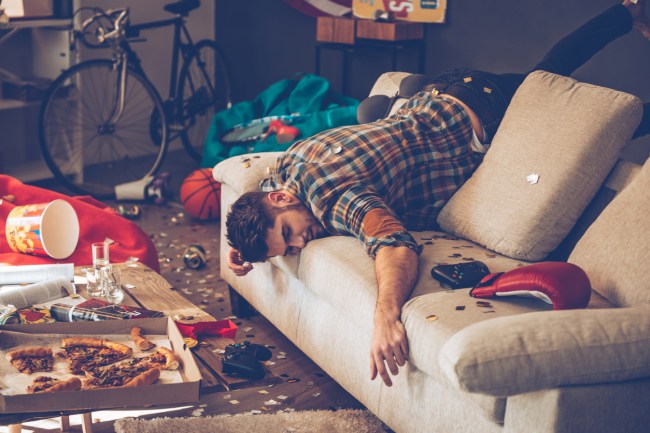 The first week of college is an incredibly important one as far as impressions are concerned, serving as the perfect opportunity to get a fresh start as you embark on a new stage in your life and make some new friends who don’t have any knowledge of how big of a dweeb you were in high school.

Sure, people are still going to judge you but you’re largely in control of your own narrative assuming you don’t lose all control of your motor functions after putting too large of a dent into a handle of cheap vodka like the kid who lived across the hall from me did on his third night in the dorm.

The following day, he posted a sign on his door informing the world he’d lost his ID card, his wallet, and his shorts and it was at that point I knew we were going to become fast friends.

As someone who once woke up on the floor of an apartment I had no recollection entering wearing clothes that weren’t mine, I’m intimately familiar with what it’s like to try to piece the details of a forgotten night together the next morning and come to terms with the fact that your self-respect isn’t the only thing you lost at some point along the way.

Thankfully, according to a recently-released study conducted by the Laguna Treatment Hospital, I can take solace in knowing I’m not alone.

Over 3,000 drinkers were asked a variety of questions about their imbibing habits, and after analyzing the data, it was revealed the average American spends a grand total of $192.55 per year replacing items that never made it home (or, in the case of that Juul that mysteriously vanished one evening, made it into a place inside your home where it will never be seen again).

The survey revealed drinkers in North Dakota were hit the hardest, as they led the nation by losing an average of $380 in various goods on an annual basis.

Phones were the most common item that were lost by women (the study suggested drunk selfies could be one of the more likely culprits) while men had the most trouble keeping track of their keys.

I can’t even imagine how much higher these numbers would be if you could somehow put a price on dignity.