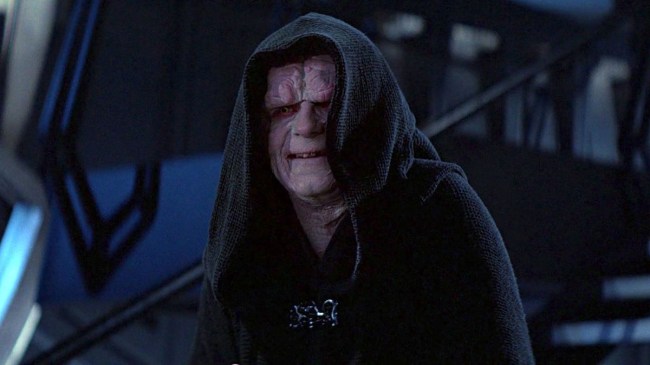 As I wrote in an article earlier this week, I’m actually beginning to respect Disney’s commitment to making Star Wars: The Rise of Skywalker as farcical as possible.

Whether it be retroactively confirming that Emperor Palpatine was actually a clone or attempting to deny the existence of sex and reclassify Kylo Ren and Rey’s climactic as a moment of gratitude rather than a moment of romance, the Mouse House’s steadfast commitment to making the final chapter in the Skywalker Saga literally laughable is truly astounding.

Disney’s retconning of the galaxy far, far away didn’t stop with The Rise of Skywalker, though, as the recent novelization of the film also ventures into Return of the Jedi territory as it attempts to explain how Palpatine survived that seemingly deadly fall in the first place.

The book continues, “Plagueis had not acted fast enough in his own moment of death. But Sidious, sensing the flickering light in his apprentice, had been ready for years. So the falling, dying Emperor called on all the dark power of the Force to thrust his consciousness far, far away, to a secret place he had been preparing. His body was dead, an empty vessel, long before it found the bottom of the shaft, and his mind jolted to new awareness in a new body ⁠— a painful one, a temporary one.” [via ComicBook]

So, there ya have it! He just transferred his consciousness to a new body — easy peasy!

Star Wars: The Rise of Skywalker will be released on digital and streaming on March 31.