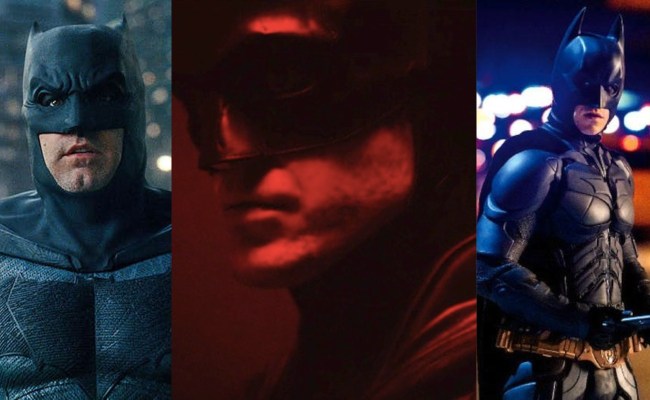 If you’ve followed my writing on this film thus far, then you know I’m quite excited for the combo of director Matt Reeves and Robert Pattinson taking a crack at the Dark Knight.

While both have experience in Blockbusters (Reeves directed two Planets of the Apes movies, while Pattinson obviously starred in Twilight and Christopher Nolan’s upcoming Tenet), the truth is that they’re pseudo-indie arthouse guys. Ever since starring in Twilight a decade-or-so ago, Pattinson has completely avoided franchise filmmaking, while Reeves — who was known for films such as Cloverfield and Let Me In — directed two of the most critically-acclaimed summer tentpoles in recent years with Dawn of the Planet of the Apes and War for the Planet of the Apes.

My excitement for The Batman has only increased with every parcel of new information. From photo teasers to quotes from the cast, The Batman seems as though it’s going to be a completely new take on the Caped Crusader and will hopefully give fans the version of the character we’ve been craving since Christian Bale walked away from the role.

In his recent GQ profile, Pattinson gave further insight into his decision to take on such an iconic role, while also touching on how he plans to make the character his own:

“I think sometimes the downsides—which I’ve definitely thought about—the downsides kind of seem like upsides. I kind of like the fact that not only are there very, very, very well-done versions of the character which seem pretty definitive, but I was thinking that there are multiple definitive playings of the character. I was watching the making of Batman & Robin the other day. And even then, George Clooney was saying that he was worried about the fact that it’s sort of been done, that a lot of the ground you should cover with the character has been already covered. And that’s in ’96, ’97? And then there’s Christian Bale, and Ben Affleck’s one. And then I was thinking, it’s fun when more and more ground has been covered. Like, where is the gap? You’ve seen this sort of lighter version, you’ve seen a kind of jaded version, a kind of more animalistic version. And the puzzle of it becomes quite satisfying, to think: Where’s my opening?

And also, do I have anything inside me which would work if I could do it? And then also, it’s a legacy part, right? I like that. There’s so few things in life where people passionately care about it before it’s even happened. You can almost feel that pushback of anticipation, and so it kind of energizes you a little bit. It’s different from when you’re doing a part and there’s a possibility that no one will even see it. Right? In some ways it’s, I don’t know… It makes you a little kind of spicy.” [via GQ]