How To Avoid Getting A Beer Gut Without Giving Up Booze 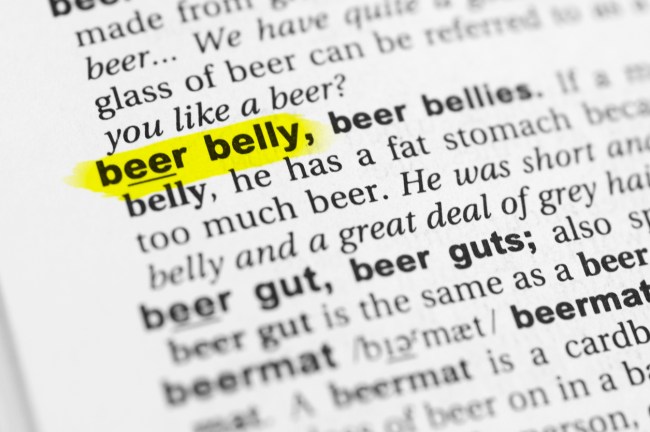 Most hardcore beer drinkers are under no illusion that their favorite sudsy beverage is a diet food. After all, this cult of can clenchers does not imbibe in white trash libations for its health benefits – even though there are some. No sir, they suck these mothers down with vicious intent in hopes of forgetting that their bloated guts are starting to expand enough to make the prospect of never seeing their dicks again a real possibility.

This is why they say alcoholism is a progressive disease. What begins as a few beers once or twice a week to unwind with the boys eventually ends in the daily guzzling of a case of domestic piss water just to feel like a human being.

This is the level of drinking needed, of course, to make up for the fact that you are now bald, fat and riding a motorized scooter along the shit-covered highway to cirrhosis and a colostomy bag.

We hate to say it, but beer, while man’s best friend in the early days, has a way of eventually ripping away at his soul, leaving him to rot on the proverbial couch of life a mean, fat, fifty-something-year-old failure with a second hand sobriety chip in his pocket.

Unfortunately, while there is nothing BroBible can do to prevent you from having your back hairs ripped out by the fiendish claws of alcoholism, we can pass along some sage advice to keep you drunk bastards from packing on a beer belly too early in life. Consider it a public service for those of you with a metabolism on its way to an early grave. 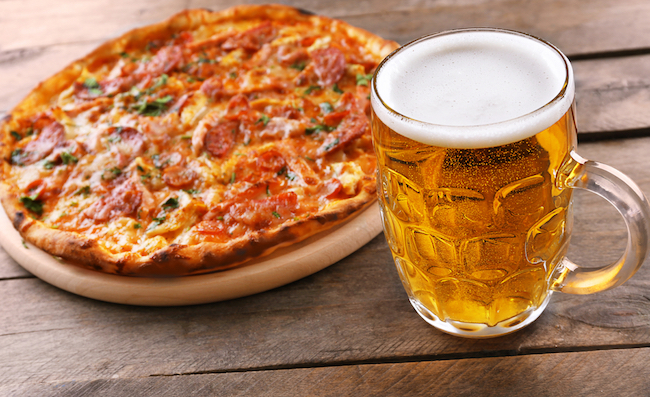 One of the most crucial methods for avoiding a beer gut is first understanding that these flesh-covered barrels of “you ain’t ever getting laid again,” are the result of a man’s entire diet – not just his beer consumption.

Even if you kick a beer habit and continue to eat pizza, nachos and every other variety of processed shit food available on planet, that nice side tattoo of the Virgin Mary that you got when you turned twenty-one is going to start looking like Kathleen Turner by the time you reach thirty-five.

Dietary experts say if a man drinks in moderation while also maintaining a healthy diet, as well as getting in a fair share of exercise, a few beers every once in a while will not make him look as if he swallowed the keg. But all of these components must be in place for the system to work. And if you are one of those guys who enjoys craft beer (200-500 calories per 12 ounce serving) as opposed to the domestics (100-150 calories), you might as well plan on quitting your job right now, building a home gym and paying some ruthless personal trainer to bust your balls everyday. Because that is what it is going to take to keep you as lean, mean and drunk as a man with no job can be.

But even when taking into account a strict diet and plenty of exercise, a man cannot really cut loose with his beer drinking activities and stay fit. Moderate beer consumption is considered two beers (at only 5 percent ABV) a day, according to U.S. dietary standards. That’s not much. Hell, we haven’t hit the bottle like that since we were in seventh or eighth grade. And if you’re reading this article, chances are you haven’t either.

So what can a desperate man do to fight the bottle and the buldge? Well, some of those less enthusiastic about maintaining the drunkard lifestyle say it is important to cut carbs in other areas so you can allow yourself to have the occasional beer. But this means giving up pizza, French fries, and about everything else a man craves after a long night of, well, beer drinking. Oh, and remember, you must refrain from these foods while also only consuming two beers a day. It’s insanity. And it’s a regimen that we are refusing to embrace.

There is also a bizarre movement where brew houses are mixing beer drinking and exercise. Anyone who has ever tried to bench press and run after having a few understands why this is as stupid idea. Even science shows the concept of booze and working out doesn’t mix. 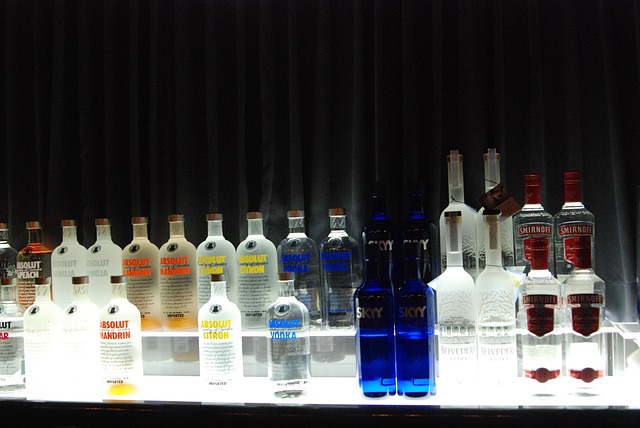 Get Shit-Faced on Vodka Daily And Never Gain A Pound

Vodka is that one alcoholic beverage that you may have had an evil encounter with back in the day. Chances are too many shots of Dark Eyes put you face down on the bathroom floor, covered in puke and self-loathing on more than one occasion. It happens to the best of us. In fact, it is the violent repercussions that often stem from drinking vodka that leads most of us to almost exclusively being a beer man. But while this hellish liquor may not deserve it, any guy wanting to cut enough calories to prevent himself from transforming into a sorry sack of flab in the future may want to consider giving vodka a second chance. It has fewer calories than beer (64 calories per 1.5-ounce shot), so there is none of this nonsense about trying “to limit consumption to two drinks.”

You can knock this stuff back all night without gaining a stinking pound as long as you’re not some half sissy who requires a fruity mixer. This is where the typical vodka drinker goes wrong. They combine this low-calorie beast of a buzz with orange or cranberry juice, both of which contain substantial amounts of sugar and carbs. Even a vodka tonic ranks in at 150 calories and 20 grams of sugar. So, if you can’t drink it straight, like a real Russian baddass, try mixing it with La Croix or some other carbonated, no calorie beverage to water it down. Just don’t do this in Russia. They will kill you.