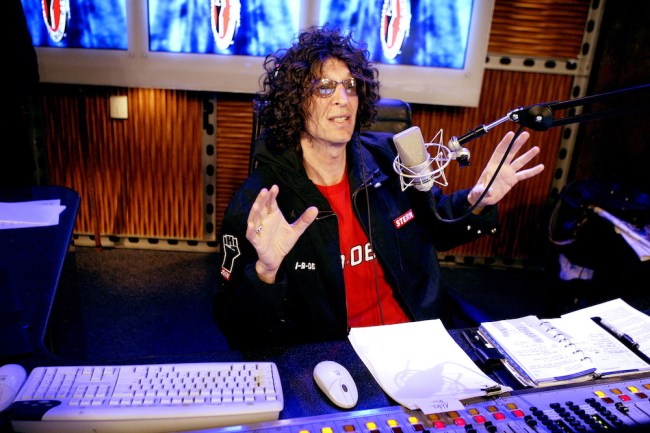 I haven’t listened to Howard Stern‘s radio show in forever.

I was once interviewed by Steve Langford for an article I wrote about Artie Lange. Unfortunately, the story and interview aren’t available online because the internet doesn’t keep everything forever. It only hangs on to the bad shit.

Anyway, Stern’s opinion always seems so level-headed, even when he was at his crudest. So when an article about Stern handing out hot takes pops up on my screen, I’ll give the piece a read or audio a listen.

Stern discussed the Will Smith “Red Table Talk” this week, and his take on the August Alsina and Jada Pinkett Smith’s affair is pretty spot on.

August Alsina is an idiot.

“What a fucking dickwad. Dude, you got to fuck Jada Pinkett Smith,” Stern said on his show. “By the way, put me in that line. That girl is hot.” Stern added, “Be a little bit classy.”

Alsina, 27, revealed the 2016 affair during an interview on “The Breakfast Club.” Alsina claims Will Smith gave his approval for the relationship. Smith’s reps initially called the claims untrue.

Stern explained discussing a four-year-old affair, instead of just dismissing it as just a rumor, forced the uncomfortable public discussion between Will Smith and his wife.

“Now she’s got to go on Facebook and sit here and explain herself to Will Smith and her kids and her mother,” Stern said. “What did she do that was so horrible to this guy that he has to f*ck her life up?”

Stern never mentions Alsina by name, claiming he didn’t know his name, and how Alsina had just one motivation for discussing the affair – he wants to be famous.

“I still don’t know your name, asshole. You did a bonehead thing. She fucking banged you. How nice of her. I mean, look at her.”

Stern continued, “You know what his beef is? I’m not famous—I fucked Jada Pinkett Smith.”

Howard’s not wrong. The general public had no idea who August Alsina was before this entire ordeal came out.

But as much as I love Stern, and his opinion on why Alsina addressed the rumor seems spot on, this feels off-brand for a guy who made his career forcing famous people to discuss uncomfortable personal issues on his show. This includes Pinkett-Smith talking about the rumors of her open marriage.

Stern can blast the guy for coming out about the affair now, and his possible motives, but the legendary talk host can’t be pissed that Alsina confessed on another radio show first.