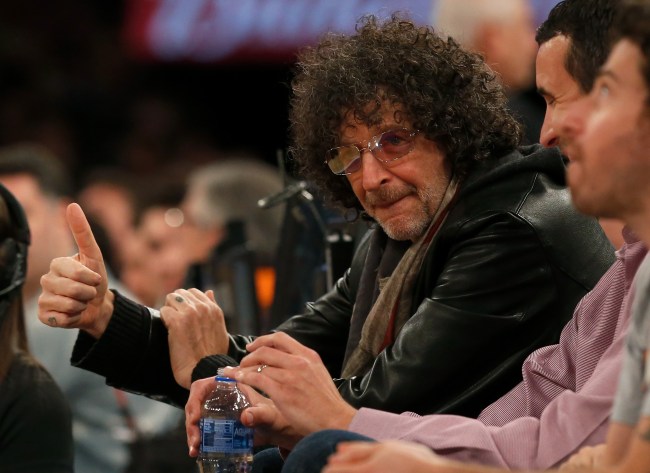 Remember when your parents said that no company on earth would pay you an annual salary for simply being yourself, which, if you’re Howard Stern, means being a crude, candid, top-of-the-line interviewer who gets to be a degenerate for a national audience? Well, your folks clearly underestimated the value in humor and entertainment, because, per a new report, Stern is about to be paid quite the annual salary.

The longtime radio personality — who already rakes in an estimated $80 million to $100 million from his show on SiriusXM — is about to get even more loot, with Bloomberg reporting that sources familiar with the negotiations say Stern’s next contract could be worth an astounding $120 million annually. In a world where everyone else is struggling to find a lousy 9-to-5 job so he/she can work for somebody else, Howard Stern’s about to laugh all the way to the bank, proving that being authentic and sticking to your guns surely pays off… and in a big way.

The 66-year-old Stern, whose contract is set to expire with SiriusXM in December, is, arguably, the most coveted piece of talent that SiriusXM has on its roster. So it’s no surprise that the company’s CEO Jim Meyer, who will be leaving at the end of the year, is keen on keeping the legendary radio host around for years to come, making it a top priority to dish out hundreds of millions per year to get a new deal done.

Without giving specifics on any agreement, Sirius’s Meyer said last month that Stern was still quite valuable to the company. Stern last renewed deals with the satellite broadcaster in 2010 and 2015.

“I can tell you that we understand the economics very, very well, for instance, of content like Howard Stern,” he said at a Goldman Sachs conference. “I can look every investor in the eye and tell them that is a good investment for Sirius XM.”

While a deal sounds imminent and there’s support from current SiriusXM leadership for Howard Stern, Bloomberg did mention that it’s still possible talks fall apart. But, given his pedigree, proof of concept, value to the company and loyal followers, one would imagine Stern’s got some serious pull in negotiations.

After seeing Joe Rogan get an absurd $100 million from Spotify earlier this year — which he, admittedly, said “feels gross” given the current state of the economy with so many jobless — it’s an absolute no-brainer for every single person to start a podcast. Like, seriously, having the ability to be yourself, get entertaining guests, grow an audience and get lucky AF could pay off for you like it did Rogan and Stern, so here’s to hoping millions of dollars is in your future for doing it.

Speaking of, check out BroBible’s “We Run This” podcast, hosted by myself and Chris Illuminati, which talks about the pains and glories of running.

Hey, Chris and I are just trying to make that Howard Stern money sometime in the future!