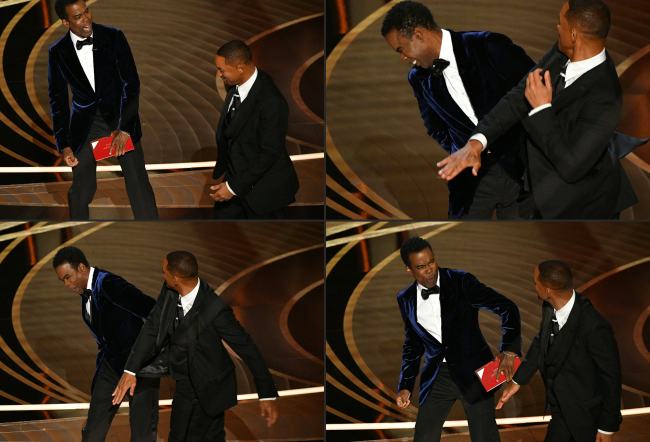 Everyone has an opinion about the wild scene at Sunday night’s Academy Awards when Will Smith slapped Chris Rock across the face for making a joke about his wife Jada Pinkett Smith’s shaven head.

Counted among the plethora of people with thoughts on The Slap Heard ‘Round the World is legendary radio host Howard Stern, who spoke about it on Monday on his SiriusXM show.

“This is a sign of great mental illness when you can’t control your impulse. Not only that, it was hardly an insulting joke. It was not even a good joke,” said Stern.

“The joke, quite frankly, was beneath Chris Rock. It was a throwaway. You look like G.I. Jane.”

Stern added that after witnessing Smith’s actions on Sunday that he believes the actor is “a guy who’s got real issues.”

“He didn’t think twice about what he was about to do,” said Stern. “Now that’s crazy, when you can’t contain yourself like that.”

Howard also defended Chris Rock, saying, “Poor Chris Rock is a comedian and just trying to get through the day to make the f–king people laugh at that horrible ceremony,” Stern said. “[Rock is] so fast comedy wise, he actually covered and made a joke and said, ‘Gee, best Oscars yet.’”

“He got up and he compared Jada Pinkett Smith to one of the most beautiful women in the world, Demi Moore,” Stern said. “You don’t hit people over speech, certainly not at the Academy Awards, and Will Smith’s got to contain himself.”

He was also appalled that not one person made a move to restrain Smith after the slap and compared Will Smith to Donald Trump.

“Where’s security? This is a live television event,” said Stern. “Not one person came out, because he’s Will Smith. This is how Trump gets away with s–t. Will Smith and Trump are the same guy. He decided he’s gonna take matters into his own hands. At a time when the world is at war, bad timing, man. Calm your f—ing a– down.”

Howard Stern says Will Smith and Trump "are the same guy" pic.twitter.com/BO8oBCWX5s

“Let’s say Jessica Chastain’s husband walked up on stage and smacked Chris Rock,” Stern added. “You don’t think they would have called police and said we got a madman on the loose?”

Regardless of the rest of what Stern said, he kind of does have a point there.