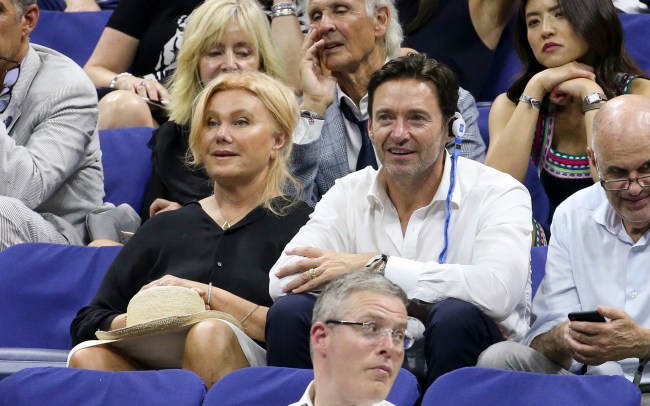 Channing Tatum. Johnny Depp. Ben Affleck. Ryan Reynolds. What do all of these dudes have in common? They’ve all been divorced. At least once.

Hugh Jackman has bent the laws of celebrity physics. The dude has managed to stay in a fulfilling 23-year marriage, has never fallen victim to Hollywood vices or checked into rehab, holds the Guinness World Record for “longest career as a live-action Marvel superhero,” and has the metabolism of an 18-year-old marathoner.

The 50-year-old actor met his wife Deborra-Lee Furness on the set of his first major professional job, Correlli, and stayed with her through his astronomical rise in the X-Men film series. They even adopted two children together.

Jackman previously spoke with Daily Mail about the one necessity in maintaining a marriage over two decades. It falls under “easier said than done.”

‘I’ve got pretty good at saying no. You don’t stay married for 23 years, without learning to say no.’

He recently followed up on his keys to a long, happy matrimony in an extract from The Father Hood: Inspiration for the New Dad Generation:

‘Before we had kids, Deb and I made a pretty simple but powerful choice to look each other in the eye at every crossroads in life. Those crossroads are sometimes big, sometimes they’re small, sometimes you don’t even realise they’re crossroads until you look back.

‘And as often as possible, we do the thing that is good for our family.’

Earlier this year, Jackman said that ‘intimacy’ is the key to a happy marriage.

‘Without a doubt, it is the most important thing.

‘People talk about intimacy and assume that means in the bedroom. Of course it is that, but really, intimacy is being able to share everything together – good, bad, fears, successes.

‘Deb and I had that from the beginning. We’ve always been completely ourselves with each other.’

I’ve been with my lady for three years and sleep on the couch twice a week. Thanks for the advice, Hugh, you perfect motherfucker!