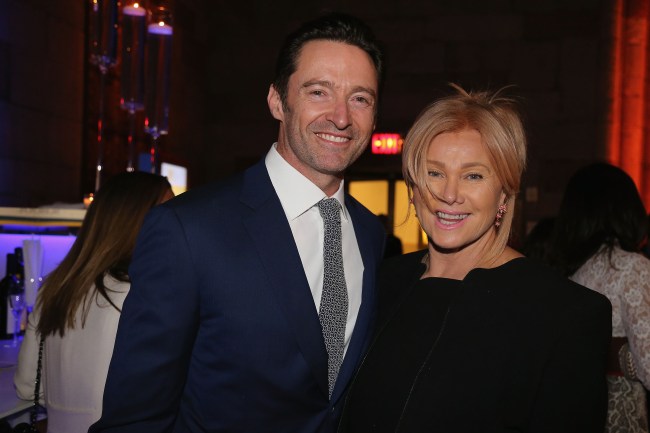 Hugh Jackman has been married 23 years, which in celebrity terms, is approximately 264 years of matrimony. Jackman met his wife Deborra-Lee Furness on the set of his first major professional job, Correlli, and stayed with her through his astronomical rise in the X-Men film series, which he holds the Guinness World Record for “longest career as a live-action Marvel superhero.”

The 50-year-old Australian often speaks lovingly of the woman he shares two adopted children with, and recently spoke with Daily Mail about the one necessity in maintaining a marriage over two decades.

‘I’ve got pretty good at saying no. You don’t stay married for 23 years, without learning to say no.’

Happy birthday to my smart, sassy, sexy bride. I love you with my entire heart. #mydebs

Jackman also reveals that  he was nearly fired from production on his first X-Men film in 2000 and how his wife, who is an Australian actress and producer, helped him navigate the murky waters.

‘I was told that things weren’t really working out as they hoped. I was about to get fired from my first Hollywood movie – the biggest of my career’

‘I was angry, I went home to my wife and I complained. I was whinging an Olympic level of whinging to Deb, my wife, and moaning about this person and that person.

‘She listened to me very patiently for about an hour and finally she just said, “Listen, I think you have just got to trust yourself.

‘”You are worrying way too much about what everything else is thinking. Just go back to the character, focus on that, trust your instinct… you’ve got this”.’

Hugh continued: ‘To me that was love. Someone that believes in you when you don’t fully believe in yourself. This show is dedicated to Deb and the kids.’

Jackman is currently reverting back to his roots as a musical theater star by performing in a world tour The Man. The Music. The Show.