Are You Ready For This, Brother? Chris Hemsworth To Play Hulk Hogan In Biopic By The Director Of ‘The Hangover’ 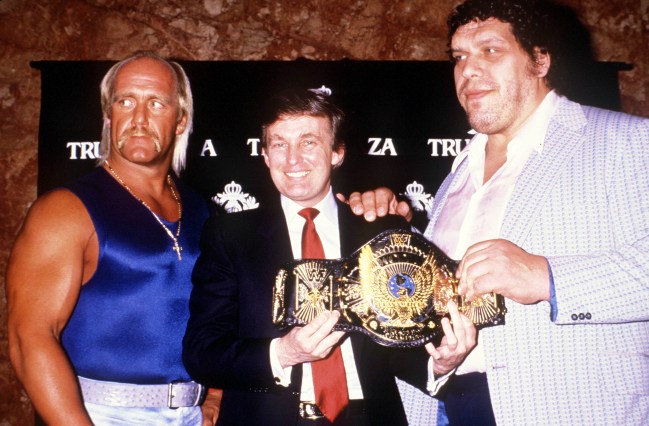 Let me tell you something, brother, Chris Hemsworth is about to run wild Hulkamania all over everyone when he stars as Terry ‘Hulk Hogan’ Bollea in a new biopic just announced.

Directing this glorious film will be Todd Phillips, the Director/Producer behind Road Trip, Old School, The Hangover trilogy, Starsky & Hutch, and more. The Hollywood Reporter had the exclusive on this announcement.

According to THR, Australia’s Chris Hemsworth who’s most famous for playing Thor in the Marvel Cinematic Universe is set to play the lead role of Hulk Hogan, arguably the most famous wrestler in WWE history throughout the 70s, 80s, and into the 90s:

Chris Hemsworth is set to portray wrestling superstar Hulk Hogan in a biopic that reunites Todd Phillips with Scott Silver, the respective director and writer of the upcoming DC Comics movie The Joker.

Hulk Hogan’s been a celebrity for my entire life. In recent years, he was in the news for the infamous sex tape and Gawker lawsuit that he won which ultimately led to Gawker owner Nick Denton shutting down and selling the site. According to THR, this biopic won’t focus on those years but will instead focus on the story of Hulkamania:

In the 21st century, however, Hogan’s fortunes were see-sawing as personal conflicts overtook those inside the ring. Most notably, he was embroiled in a sex tape scandal, with the wife of a friend and radio personality, including a years-long lawsuit that precipitated the end of Gawker and led to Hogan receiving tens of millions of dollars in a settlement.

The biopic will not delve into those years or attempt to encompass Hogan’s entire life. Instead, sources say it will focus on his rise and is described as an origin story of the Hulkster and Hulkamania.

The deal, which took months to put together, will include life rights, with Bollea acting as a consultant on the movie as well as executive producer. Also exec producing will be Sugar23’s Ashley Zalta. (via)

As a born-and-raised Floridian who grew up a short drive away from where Hulk Hogan lives I’m 100% here for this movie. I was raised on Hulkamania. Somewhere, I have a glorious autographed photo I got from Hulk at a Publix in the early 90s. I’m not typically excited about biopics but I’m definitely amped for this.

For more details, you can click here to visit THR.