Whoops, Southwest Flight Has To Turn Around And Go Back When Human Heart Is Accidentally Left Onboard 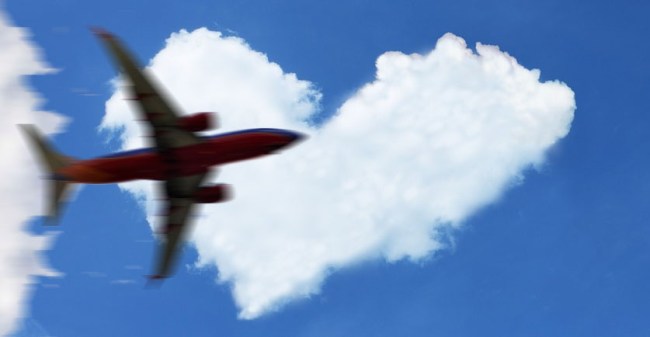 Have you ever accidentally left something in a cab, or a hotel, or on a plane while traveling? Pretty much anyone who travels with any regularity has done so.

I know the last time I went somewhere and stayed in a hotel I accidentally left a sweatshirt in the room when I checked out. It cost me $20 to have them mail it back to me. What a scam that was.

But that was nothing compared to whoever was responsible for a human heart that was left onboard on a recent Southwest flight. (Wonder what that cost to return?)

According to the Seattle Times…

On Sunday afternoon, a Southwest Airlines flight bound for Dallas made a hairpin turn over eastern Idaho and headed back for Seattle-Tacoma International Airport. The reason, the captain told passengers: Someone forgot to unload a human heart.

Dr. Andrew Gottschalk recalled that his fellow passengers went through a series of reactions to the news, the first shock. A human heart being transported on a commercial carrier? But the next reaction was of kindness because everyone on board “was happy to save a life,” he said.

The captain went on to explain that the heart should have been left in Seattle after an earlier flight from Sacramento.

“Nothing is more important to us than the safety of our customers and the safe delivery of the precious cargo we transport every day,” said Southwest spokesman Dan Landson via email.

The sender was a company that specializes in shipments that are “life critical,” which can mean organs for transplant, medications or specimens for treatments, said Southwest, which did not provide the name of the company.

But no Seattle-area hospitals said they were involved. Spokeswomen for regional organ-procurement organizations in Washington and California both said they never use commercial flights for heart transplants.

So, uh, where was the heart supposed to go? And who was responsible for it being on the plane in the first place?

Deanna Santana of Sierra Donor Services in Sacramento, Calif., said the organ-procurement organization sent the heart through a courier, who picked it up in Sacramento for shipment to Seattle. The valves will be used for a transplant, though there is no designated patient yet.

“The most important part is that no one was waiting,” she said.

Luckily, the heart was still received 12 hours before it would have been rendered unusable.

Good news for whoever might be in need of it someday, as well as for the family of the person who donated it, who said they were “thankful he will be able to help others.”

Of course, people being people, some weren’t thrilled at the delay with some passengers asking crew members to make sure there weren’t any more hearts left on the plane when they did finally take off again for their destination.