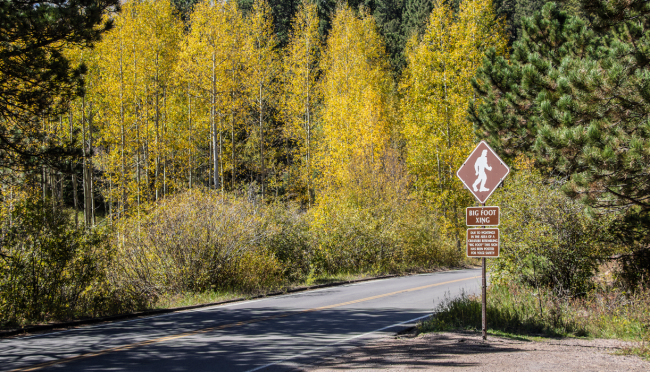 There has been no shortage of videos and photos taken at alleged Bigfoot sightings over the years.

There have been an exponential number of stories that have been told over the years about these supposed encounters with Sasquatch.

Unlike cryptids like the Loch Ness Monster, Chupacabras, the Mothman, and the Jersey Devil, Bigfoot sightings have taken place in almost every country in the world.

Encounters with the creature are so prevalent that it has been given at least 58 different names in countries scattered around the world. Among those many names are Sasquatch, Yeti, Wendigo, Grassman, and Monkey Man.

So while no one has ever been able to actually capture one of these Bigfoot creatures (or even snap a crystal clear photo of one), there is little doubt that there is something out there.

Do they actually exist in a parallel universe to ours? Do they travel between these worlds and when encountered in ours quickly transport back to their universe? Are they only seen in our world by certain types of people with the ability to observe, even briefly, parallel universes?

This and many other questions abound when it comes to Bigfoot.

Another very common, perhaps the most common, question is, are most of these alleged Bigfoot sightings fake?

Recently, that very question was being asked after the YouTube channel Nv Tv uploaded a video this week of what they claim is yet another sighting of the legendary hominid.

The video, which has now been viewed over 31,000 times, begins with a message.

“The man who sent us this footage says that he was out scouting for hunting season when he saw something walking, but then it ducked down into the brush,” the message begins.

“He got closer and turned his camera on. That is when he tried to get closer and the creature reappeared and moved its way deeper into the forest.

“He says at this point he was scared, but wanted to get a better look.

“He attempted to follow it, but it moved so fast and was gone.

“He thinks it might be a Bigfoot or Sasquatch.

“He says he had another Bigfoot sighting when he was a teenager, but this was a lot closer and easier to tell that it was not just a bear pr a person in a suit!!”

Take a look at what the man saw…

Many people were skeptical of this latest Bigfoot footage, but not everyone

Reactions to the video, which was shared by the website Unexplained-Mysteries.com, were, as they always are, mixed.

“A bigfoot in a bigfoot costume?” one person asked.

“If it’s legit it’s the best ‘bigfoot’ footage since Patterson-Gimlin film,” someone else wrote.

Someone else pointed out that the video looks “quite similar in a posture” to “Paul Freeman’s bigfoot hoax.”

What do you think? Is this new Bigfoot video legit or fake?