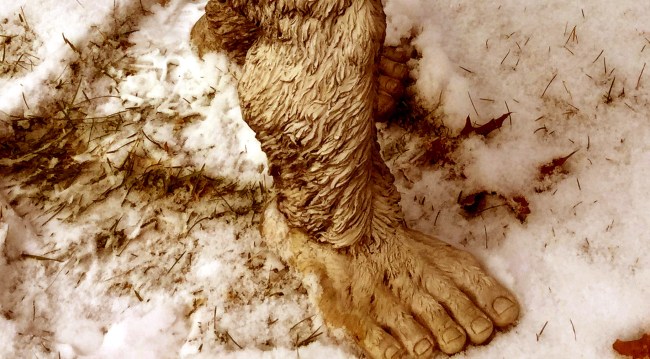 After a flurry of Bigfoot sightings this past spring, we haven’t heard nor seen much of the creature also known by many as Sasquatch or Yeti.

Actually, according to Google Maps, Bigfoot goes by 58 different names around the world, but one thing we all share is the fact that, much like UFOs, there has been no shortage of people who claim to have been witnesses to the unusual phenomenon.

This latest sighting of Bigfoot occurred last week on the other side of the globe in Singapore.

In Singapore, their name for Bigfoot is Bukit Timah Monkey Man or BTMM. He is called that there because those in the area believe Bigfoot roams the forests of the Bukit Timah region.

Legend says, according to Wikipedia, “The first report of the creature came in 1805, before the colonial British discovery of Singapore, when a Malay elder claimed to have seen an upright-walking, monkey-faced creature in the Bukit Timah area. Japanese soldiers also reported the creature during World War II.”

A 65-year-old retiree from the area reportedly explained to Singapore tabloid The New Paper, “We were always told as children when in the Kampung not to go near the forest at night due to the Monkey Man. Of course we never saw it ourselves but it was always some uncle or friend of the family who had seen it. Once we were shown these footprints near the forest road, and I remember the strong urine smell. Whenever we heard shrieks coming from the jungle we would tell each other – don’t disturb the Monkey Man.”

What makes this particular sighting of the Bukit Timah Monkey Man so interesting and unique is the fact that BTMM was actually caught on camera this time.

The photographs were taken by and equipment specialist for Singapore’s NightRaiders and posted to Facebook.

The NightRaiders are a group of explorers who investigate various locations around Singapore in the dark at night.

According to their Facebook post, “There were several sighting reports of BTMM during 2007 and 2008. And last year, Yat Mano Vaga from TKCK spotted BTMM at Drongo Trail.

“During that particular night, they witness BTMM and our specialist manage to capture in a split seconds He said BTMM this time is really huge.

“BTMM is a another type of mystery creature called Bigfoot. Some people says it’s a folklore, some say it’s a djinn (evil spirit). Whether it is, whether you guys think that the photo is genuine or not, it’s for your own opinion and imagination.

“At least we aware that BTMM is still around.”