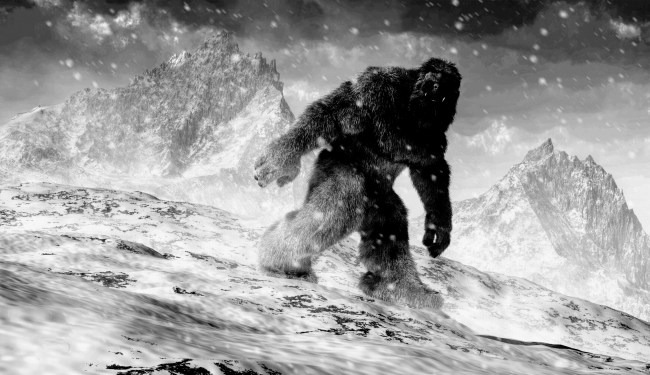 The last time we had a Bigfoot sighting the mysterious creature was spotted by a West Virginia couple who said they had not one, but three encounters with the mythical beast in one week.

Perhaps even more amazing than that, the wife in that case said it was the third different time in her life that she had seen Sasquatch.

Now, an oil worker claims to have spotted Bigfoot and even caught it on his dashcam as he was traveling around 30 miles east of Banff Park near Nordegg, Alberta – a geographical hot spot for Bigfoot sightings and encounters, according to one of the videos’ descriptions on YouTube.

In a second, follow-up video, the oil field worker returns to the area after reviewing his dash cam footage and it revealed “a tall dark figure standing near a wellsite lease road near Nordegg” in Alberta.

Unfortunately, as is often the case with Bigfoot sightings and related video, there isn’t any definitive proof to be seen. That, however, does nothing to diminish the oil field worker’s enthusiasm as he looked for evidence of the Bigfoot’s presence.

As he conducts his search, he comes across an area where it appears a large creature has flattened some of the foliage, and also notices several brown hairs and what appears to be some sizable footprints.

So did this man really see a Bigfoot as he obviously believes or is he just seeing what he wants to see?

Previously…
• West Virginia Couple Claims To Have Had Three Encounters With Bigfoot, Photographed The Creature
• The Mystery Of Bigfoot Spotted On A Traffic Camera In Washington State Has Been Solved, Maybe
• A Possible Bigfoot Sighting In Ohio Is Going Viral Thanks To HD Footage And Chilling Sounds Captured In The Clip
• Some People Are Claiming This Video Of An Unknown Creature Screaming Is Proof Of Bigfoot, But I Call Shenanigans
• The FBI Released Their Secret File On Bigfoot Which Includes News About A Test Of Hair Attached To Skin