Does The Loch Ness Monster Actually Live In A Parallel Universe? Don’t Rule It Out 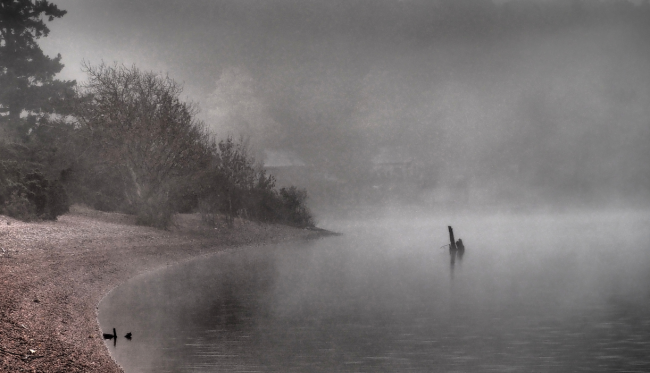 For almost as long as there have been Loch Ness Monster sightings there have also been people pondering the existence of multiple or parallel universes.

Neither one of these concepts has ever proven to be unequivocally true, but they also haven’t ever been prove to be 100 percent false either.

The earliest report of a Loch Ness Monster sighting occurs in a sixth century book, Life of St. Columba. Since then there have been hundreds of sightings of the cryptid (over 1,100 recorded by the Official Loch Ness Monster Register alone), but the creature always manages to vanish before anyone can get too close to truly confirm its existence.

Could that be because the Loch Ness Monster actually lives in a parallel universe? Does the creature only stick its head out of the water every now then because it’s just visiting our universe?

In the show Stranger Things, one of the gates to the Upside Down is located at the bottom of a lake. Could Nessie be traveling between universes in a similar fashion in Loch Ness? Or could a portal such as that merely lead to visions of this parallel universe that can only be seen by certain types of people?

A theory such as this would help explain why all of the sightings numerous expeditions using sonar, deep water scans, underwater photography and other scientific tools have yielded no results over the past 60 or so years.

Is the answer to the mystery of the Loch Ness Monster located in a parallel universe?

Scottish paranormal investigator Ron Halliday thinks this could be the case.

“Scientists have suggested there could be other universes. And somehow our world interacts with these other worlds through portals,” he tells the Mirror.

“With the Loch Ness monster, people could be seeing a dinosaur that existed in the past. They may see something that looks solid, but isn’t actually in our world. That can spread across a whole range of things, such as UFO sightings.”

Halliday isn’t wrong about the scientists.

Back in May of 2020, NASA found evidence of a parallel universe where time goes backwards and the rules of physics are the opposite.

In April of that same year, a former French director of intelligence said he believes UFOs may come from parallel worlds. (Another similar theory says they are just time traveling humans.)

So, if the Loch Ness Monster actually does live in a parallel universe, how is it that only some people can see it while it remains merely an urban legend to others?

“Some people are more psychic than others. They can pick up these experiences while others may not,” said Halliday. “It’s possible that some may walk into these portals without realizing it, then they can see these things

“They are having genuine experiences. In a way, this is speculation. But to my mind, it does provide an explanation to a whole range of paranormal phenomena.”

Perhaps this theory also explains why Bigfoot has appeared in dozens of countries around the world over centuries yet has never been caught? Stranger things have happened.