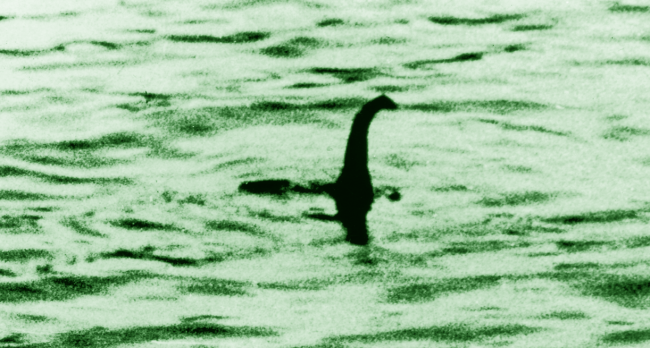 Hundreds, if not thousands, of sightings of the elusive Loch Ness Monster have been reported since the very first one took place in 565 AD by Saint Columbia.

Unfortunately, much like Bigfoot, none of those sightings have ever resulted in a decent image of the creature.

Does that mean that they don’t exist then?

Bigfoot sightings are so prevalent, the creature goes by 58 different names in countries scattered around the world (Sasquatch, Yeti, Wendigo, Monkey Man, Skinwalker).

There has to be something to all of these reports, right?

Back in January of 2021, a scientist named Henry Bauer claimed to have solved the mystery of the Loch Ness Monster.

He stated that he believes Nessie is some form of living or thought to be extinct species of turtle.

“They’re air-breathing but spend very long periods in deep water,” he said. “They venture onto land, are very fast in water, have the ability to be active in very cold water and have relatively long necks.”

Bauer also stated, “The most popular idea is that the Loch Ness Monster has a relationship to extinct plesiosaurs. But this is difficult to square with the rarity of surface sightings, let alone occasional sightings on land.”

Well, it was difficult to square… until now.

Now, some British scientists claim that the existence of the Loch Ness Monster is “plausible” thanks to a recent fossil discovery.

Fossils of small plesiosaurs, long-necked marine reptiles from the age of dinosaurs, have been found in a 100-million year old river system that is now Morocco’s Sahara Desert. This discovery suggests some species of plesiosaur, traditionally thought to be sea creatures, may have lived in freshwater.

Plesiosaurs, first found in 1823 by fossil hunter Mary Anning, were prehistoric reptiles with small heads, long necks, and four long flippers. They inspired reconstructions of the Loch Ness Monster, but unlike the monster of Loch Ness, plesiosaurs were marine animals – or were widely thought to be.

“We don’t really know why the plesiosaurs are in freshwater,” said Dr. Nick Longrich, co-author of the report. “It’s a bit controversial, but who’s to say that because we paleontologists have always called them ‘marine reptiles,’ they had to live in the sea? Lots of marine lineages invaded freshwater.”

“What amazes me is that the ancient Moroccan river contained so many carnivores all living alongside each other,” said co-author Dave Martill, “This was no place to go for a swim.”

Their conclusion about what this means with regard to the mythical creature?

“On one level, it’s plausible,” the scientists wrote in a press release. “Plesiosaurs weren’t confined to the seas, they did inhabit freshwater. But the fossil record also suggests that after almost a hundred and fifty million years, the last plesiosaurs finally died out at the same time as the dinosaurs, 66 million years ago.”